Jubilee: A Then & Now

A most excellent weekend.
London was at the heart of the Queen's Diamond Jubilee celebrations and she (London, not Her Majesty, obviously) didn't disappoint.
The British people reclaimed the Union Jack from the far Right.
The only dampener, if we don't count the weather, was Prince Philip having to go in to hospital. 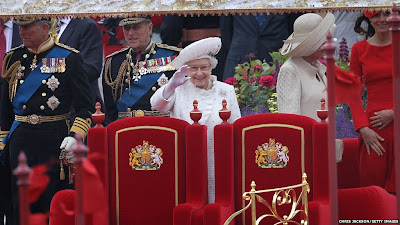 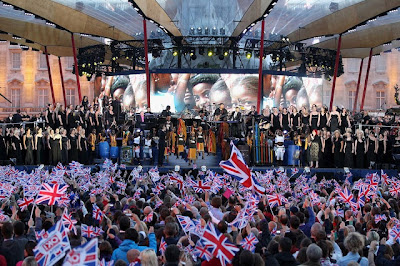 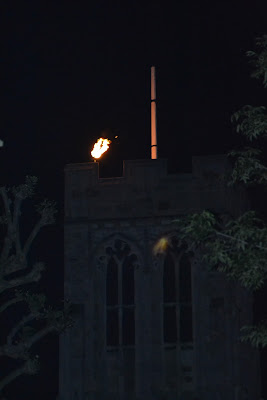 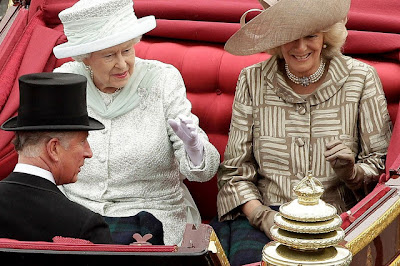 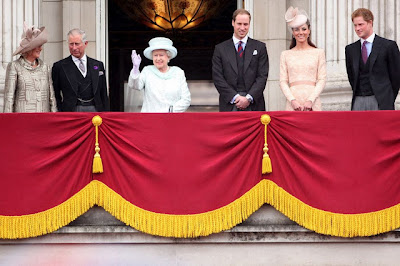 ~ acknowledging the crowds~
The Palace balcony looks decidedly empty with just the 'principals' there
Sian posted earlier today about the Jubilee in 1977 and the Jubilee now.  It's a great post and got me thinking ...
Then: we had a street party, where two adjoining roads combined.  Mrs G provided ham sandwiches, which made her posh.  Mum had made jam sandwiches.  There was orange squash to drink.  I had just turned 9-years-old.  There was me, my brother, sister and our 3 girl cousins in the gaggle of children.  Our youngest cousin, a boy, had yet to be born.  I know there are photos, but I don't have them.
Now: we had a tea party, using an 80 year old tea service for the very first time, we drank generously made Pimm's and decorated the garden. 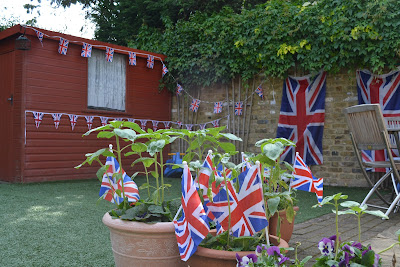 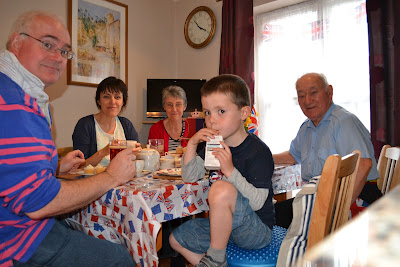 Then: In 1887, my great grandmother Elizabeth (1881-1951) received a Bible in honour of Queen Victoria's Golden Jubilee. 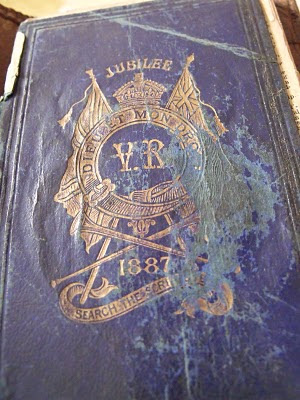 In 1977, I received a silver Jubilee coin from school and Mum's pen friend K sent an Australian Jubilee coin. 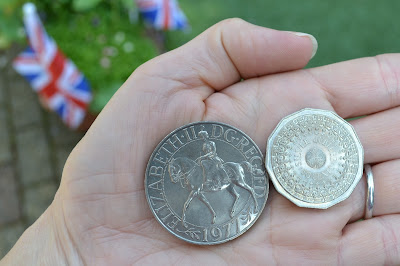 In 2002, I received a mug from the school where I worked. 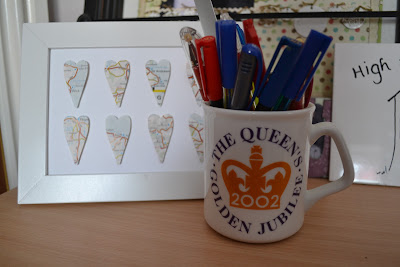 Now: The Boy Child has yet to receive anything, which is disappointing.
Then: we had this book. 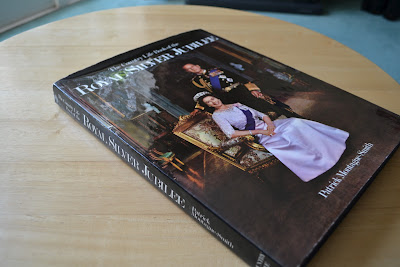 Now: We have this book again, because I spotted it in the Oxfam bookshop window for £1.99.  I've really enjoyed reading it, given that I know how the story unfolds and how the story has yet to end.
And like Sian, some things are the same ...
Then: I had an A4 scrapbook with a red cover (and already titled the Silver Jubilee) with grey sugar paper pages, which I filled with newspaper and magazine articles.
Now: I still scrapbook ... and will scrapbook this blog post.

A lovely round-up of the festivities Ruth!
Alison xx

I am slightly off topic, but I have to say, I am consistently pleased and surprised with how well Camilla scrubs up. She is no beauty queen, but she always looks fantastic at these occasions .. in my opinion.

I'm so glad to see this because my husband is in-flight to London as I type. I love seeing the Jubilee from your point of view!