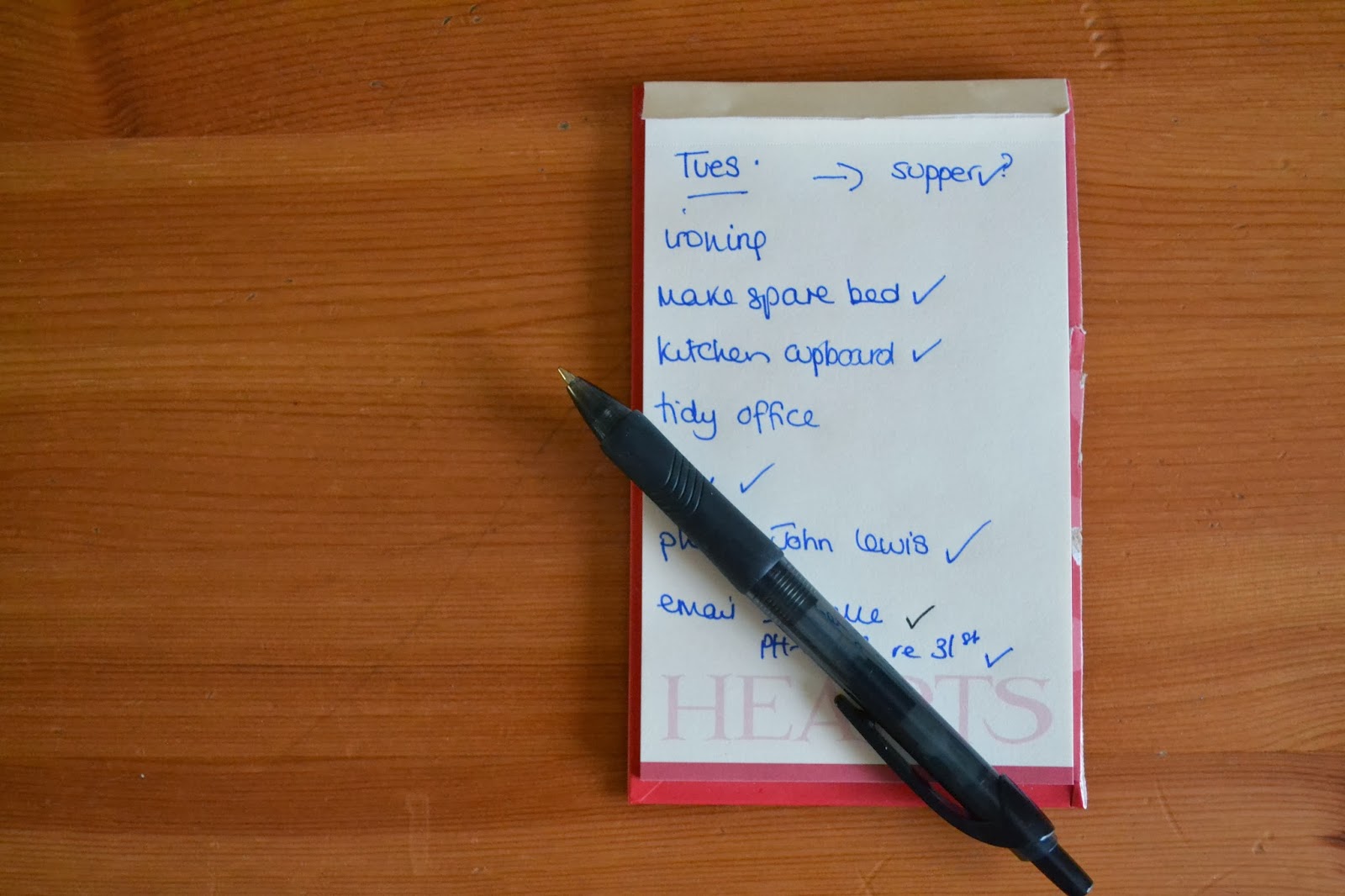 Supper often appears on my lists.  Because I am rubbish at meal planning more than 6 hours in advance.
The kitchen cupboard (the one I use as a larder) was emptied, cleaned and lined with brown paper.  Out of date goods were decanted into the food recycling bin.
Two emails were sent, both important but totally separate from each other.
John Lewis was called because our dishwasher has a fault and we have a long history of poorly assembled dishwashers.
The spare bed was made up with fresh bedding.  We are expecting visitors at the weekend.
Ironing and tidying up my office are all that's left and I have about an hour before leaving the house to collect the Boy Child from school.
A full complement of ticks looks promising for 3.30pm

To Do Lists - oh that very phrase excites me. I like lists & I save my lists, such a great feeling to see all the to dos ticked to done. I have even made a scrap book page about my lists - it was on my list of do projects.

Sounds like a successful day, I ticked off a lot today too, but added just as many to tomorrow's list

Oh yes, I like lists and schedules. TIcking off a paper list is still fun to me even though most of my stuff is electronic.

This is one super productive day!

A full complement of ticks! That always equals a good day!

I always have a list too. Although sometimes I forget to take it with me!!

Yes, I'm a list maker, though I go through phases..some days I'm daft enough to believe I can still rely on my memory!

I make lists, then lose them! I'm also rubbish at planning meals for days in advance, and even when I do manage it, I forget one crucial ingredient that means I have to go backtrack o the shops again. I can never go more than two days without going to a food shop of some kind!

I wish I was good at lists, it would make life so much easier. I sometimes write them but then forget to look at them ;) I'm ever hopeful that I'll become more organised one day!

I can't move without a list but my handwriting is no where near as neat as yours!

I make lists but sometimes forget to look at them! Basically a good idea for me but I refuse to be stressed if I don't complete it.