It was Trooping the Colour in Central London today, in honour of Her Majesty's Official Birthday.
I knew that The Boy Child would never cope with the hustle and bustle of the large crowd the event attracts, but I still wanted him to see some of it in person. I worked out that a good vantage point would be inside Hyde Park, near to Hyde Park Corner and, despite a short rain shower, it worked out well.
We had a bird's eye view of the Household Cavalry, including the Mounted Band, returning to their barracks. 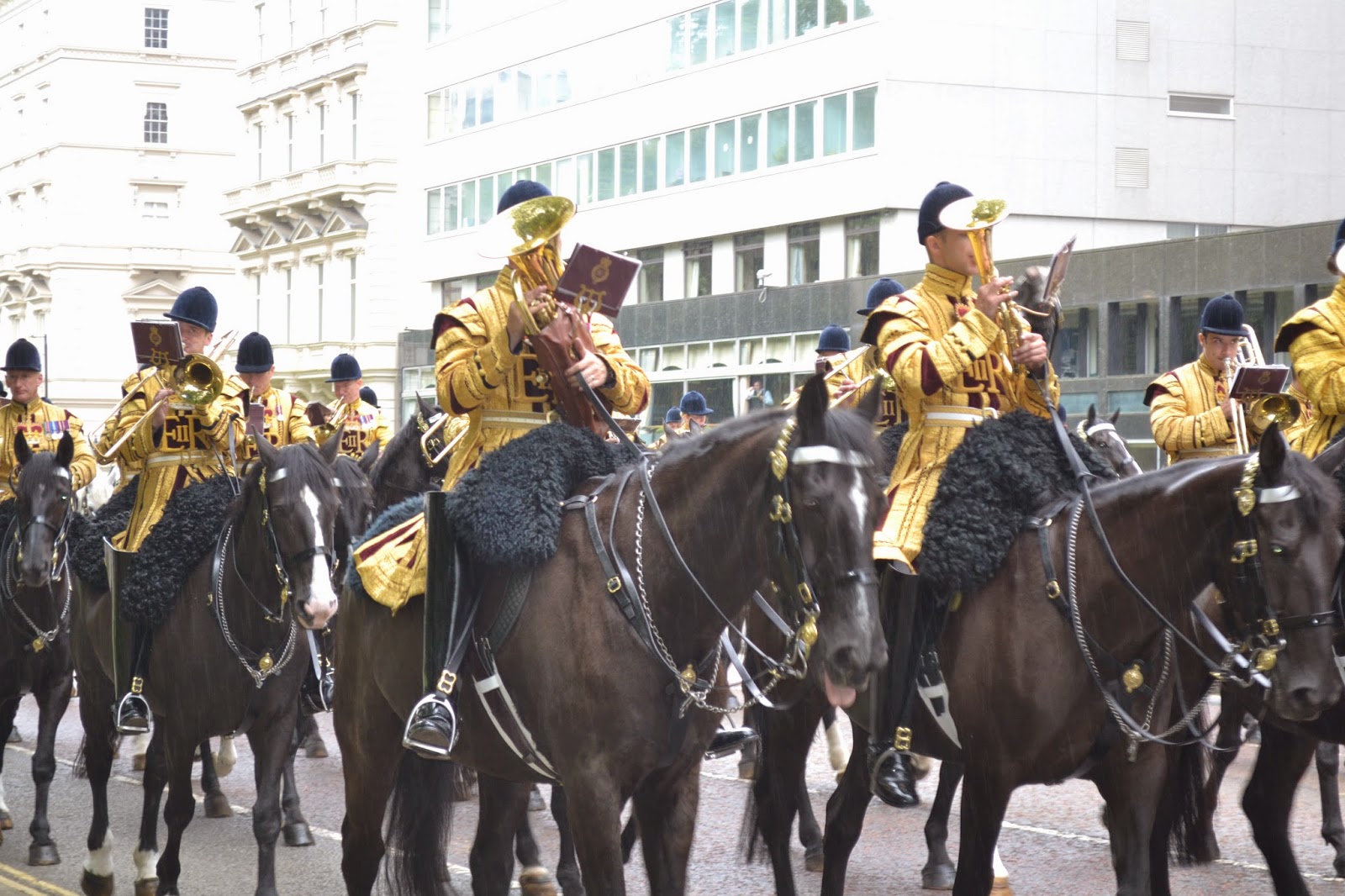 It didn't bother The Boy Child one bit that the parade was officially over and that the Queen had returned to Buckingham Palace.
He had soldiers. 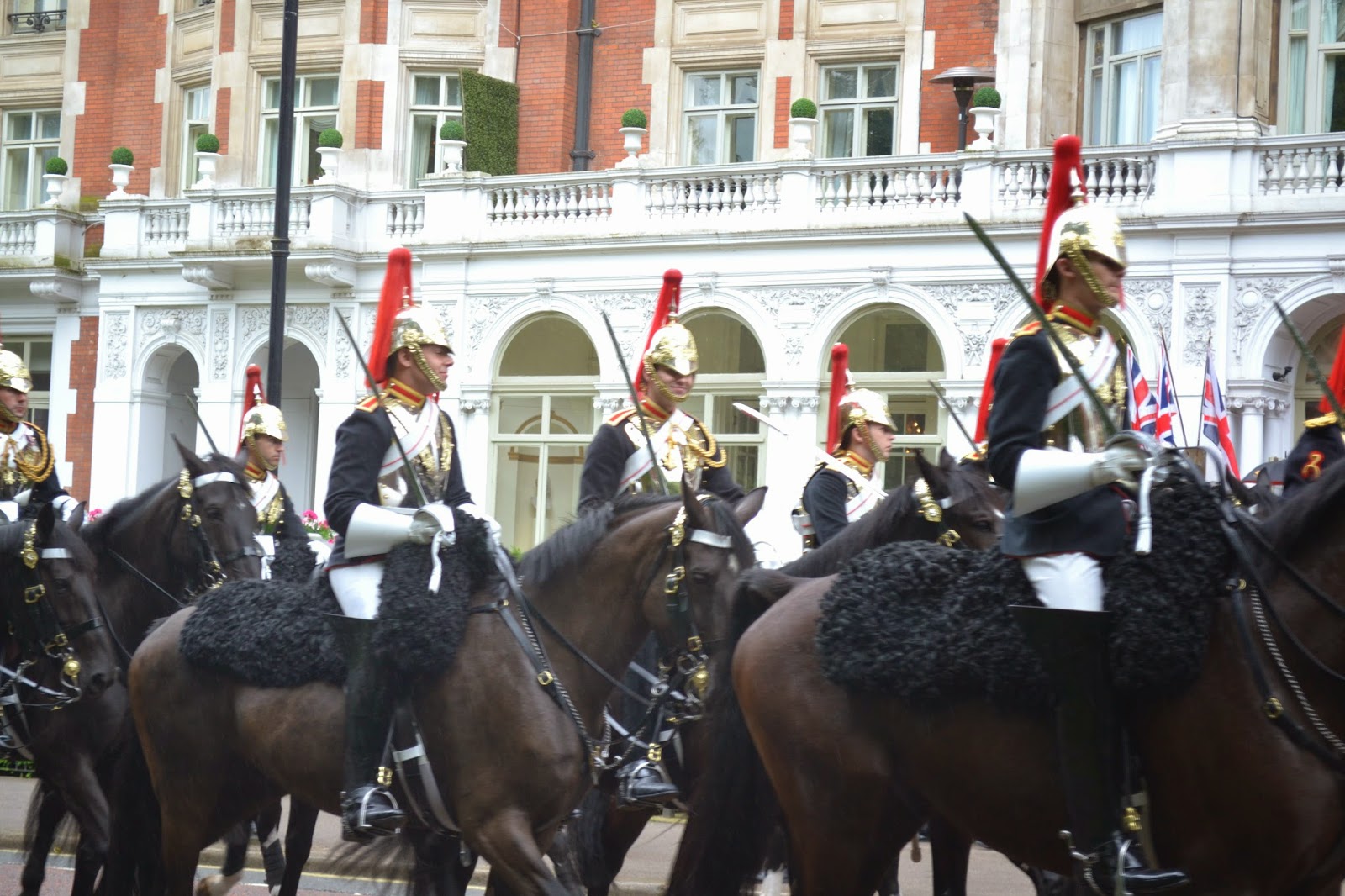 He had soldiers with drawn swords. 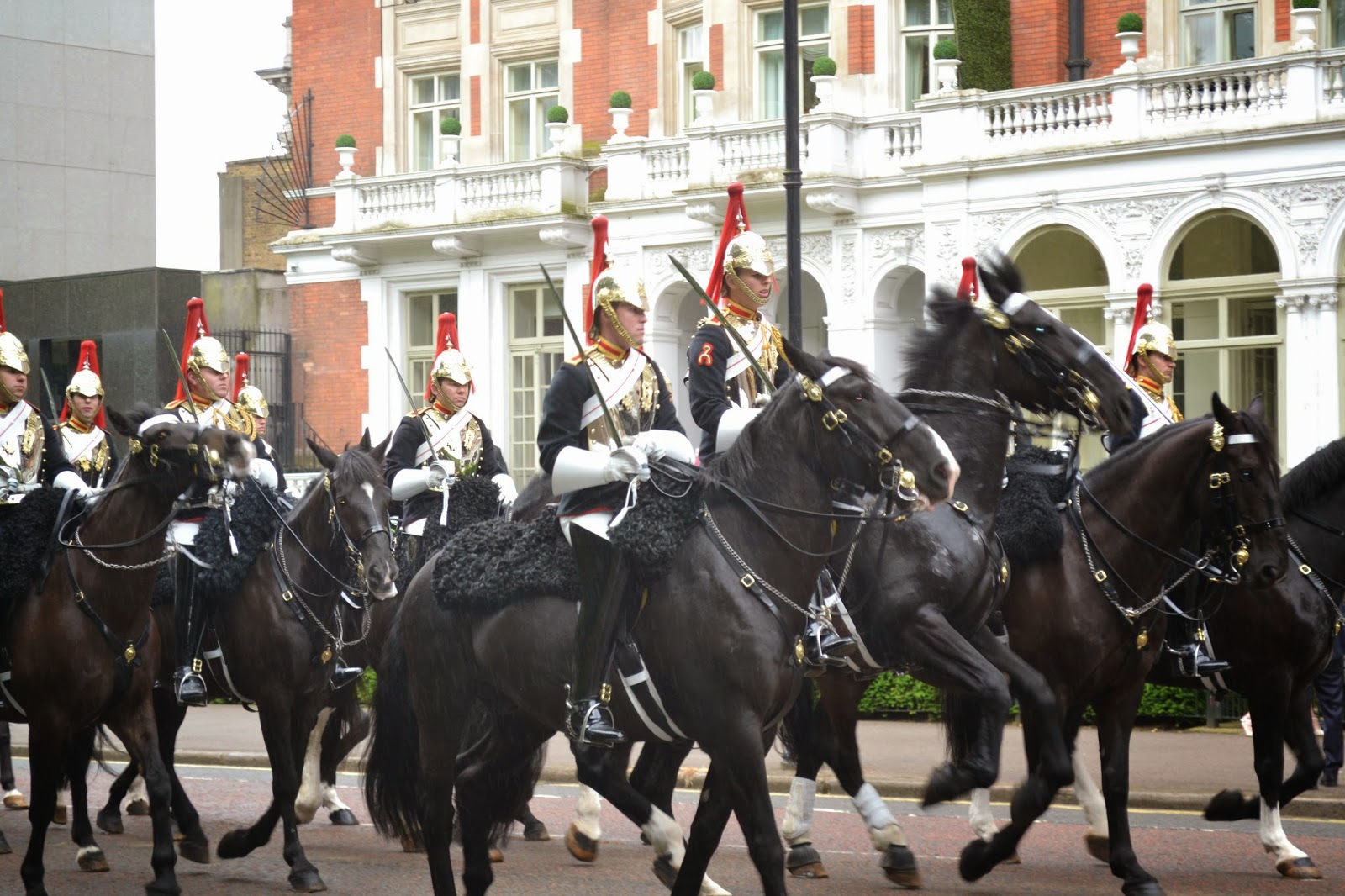 He had beautiful horses. 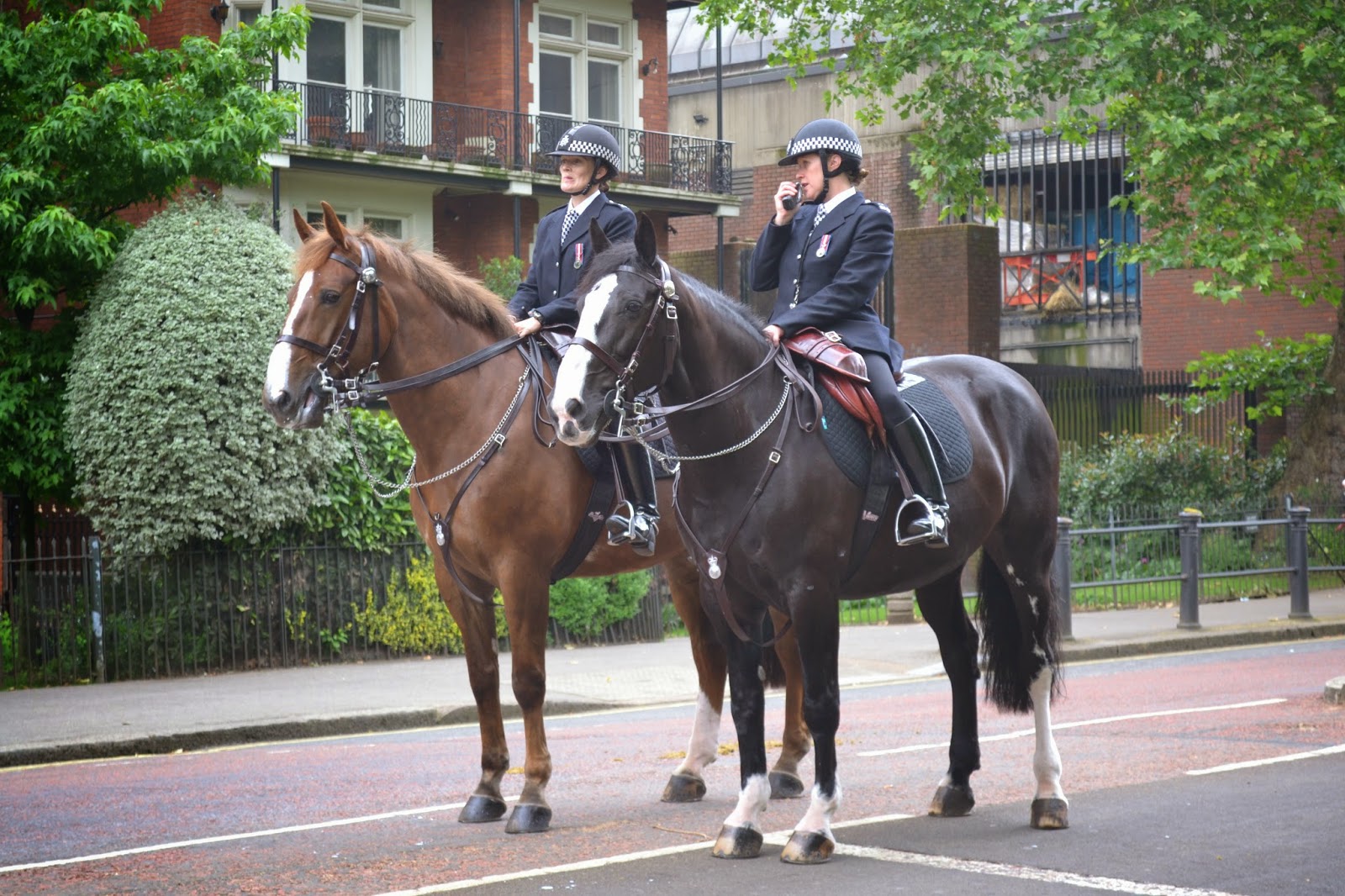 Next year, we'll try a different spot, as it wasn't ideal for watching the RAF's Flypast, but I think, all told, we can consider the outing a success.
And as luck would have it, I ticked a few more Photography Scavenger Hunt items off my list: #4, #5 and #14.
You can read about Trooping in a post from June 2010 here.
Last year, I wrote a post about history repeating itself.
Posted by Ruth at June 14, 2014

If you go to the rehearsals on either of the 2 Saturdays before the actual Trooping of the Colour there are hardly any people watching. We stood right on the edge of the pavement on the corner at the end of the Mall

Wow, fancy being able to watch the cavalry returning to their quarters! Lucky you and TheBoyChild! XX

That is a fantastic parade! You're definitely making quick work of the list.
Rinda

You are giving him such great experiences :). And it's lovely for those of us who've never seen the Trooping, to get a peek on here.