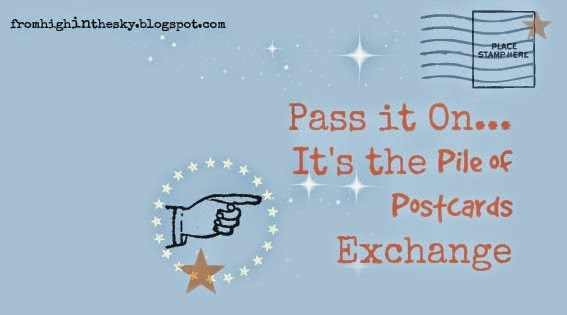 Back in June, I signed up for my friend Sian's postcard swap.  It was such a both simple and brilliant idea. Send six postcards to people around the world and receive six back.
As postcards 5 and 6 were waiting for me on our return from Paris, I'm now able to show off what I received during July.
First cab off the rank was Julie with a brilliantly atmospheric card of the Middlesbrough Transporter Bridge.  I know Julie from my UKS days and you can find her fabulously quirky blog at Notes on Paper.  Push-up Bra Blogging, anyone? 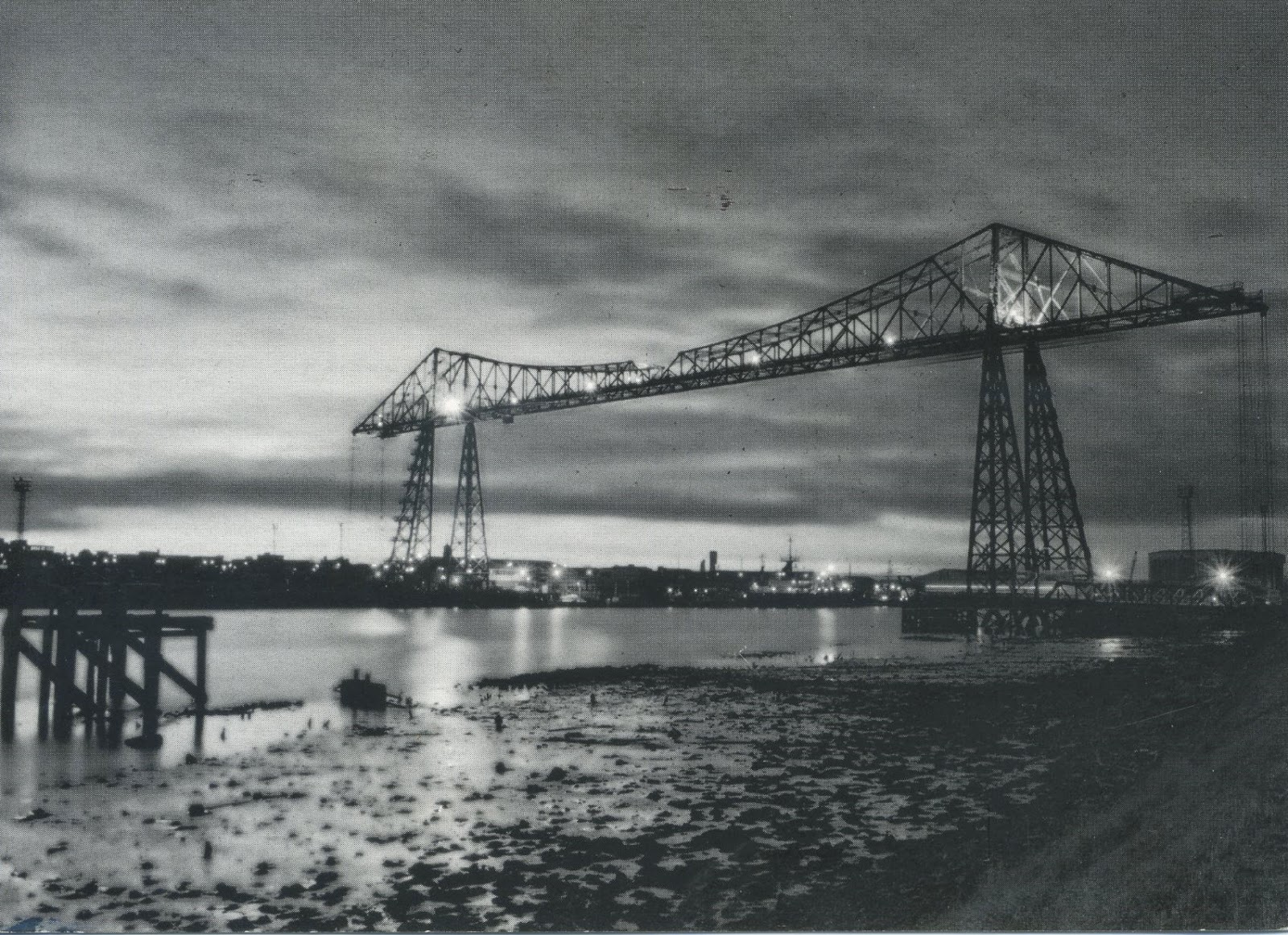 Nathalie of An Ounce of Creativity sent this cheerful card from California.  Turns out I'd missed her being in London by just a few days.  Her blog was new to me, but I've since found it's one to check out frequently. 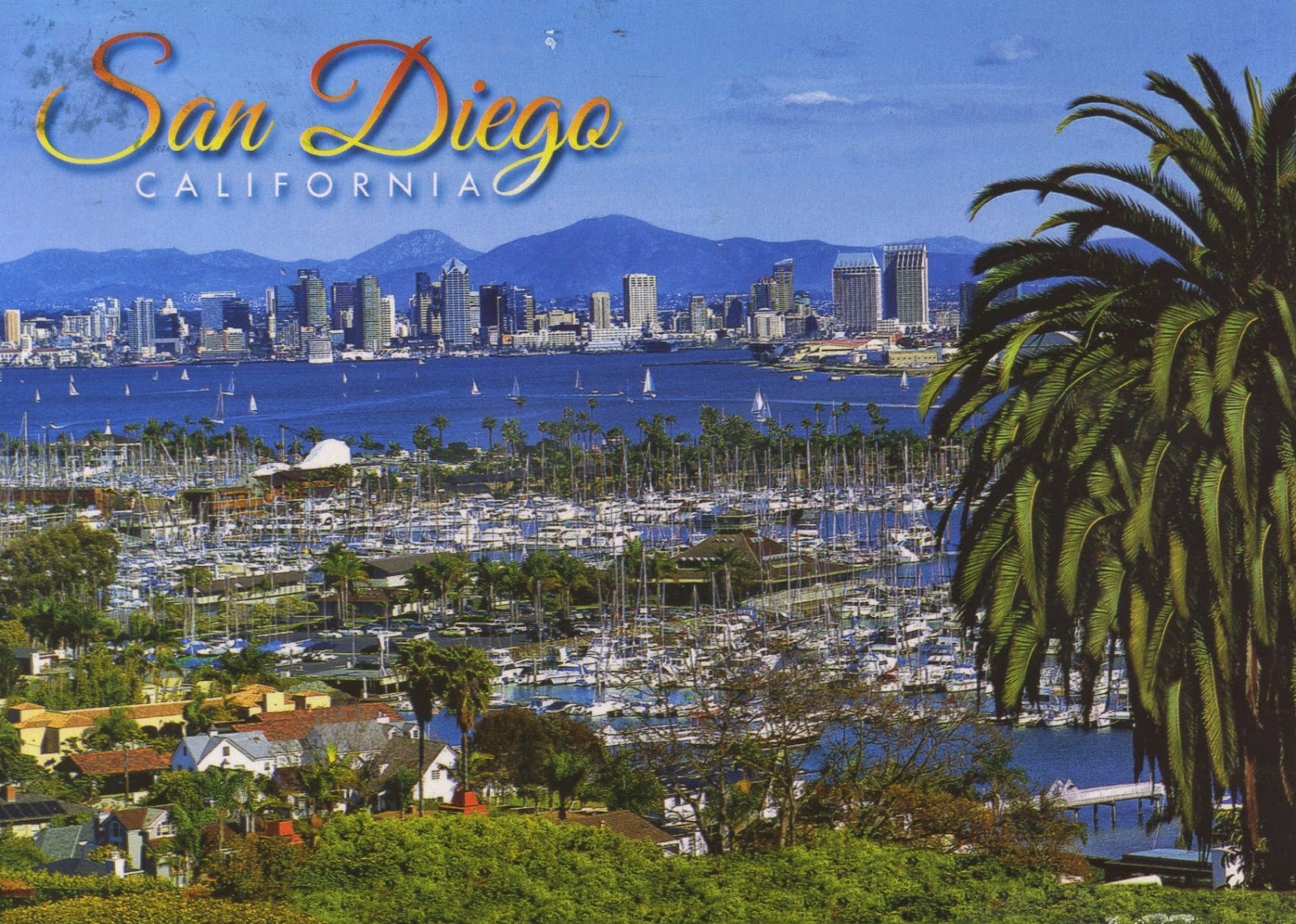 Carole sent this gorgeous shot of the Suffolk coast.  I'm afraid I don't know anything about her at all.  Do shout up if you know where she blogs from. 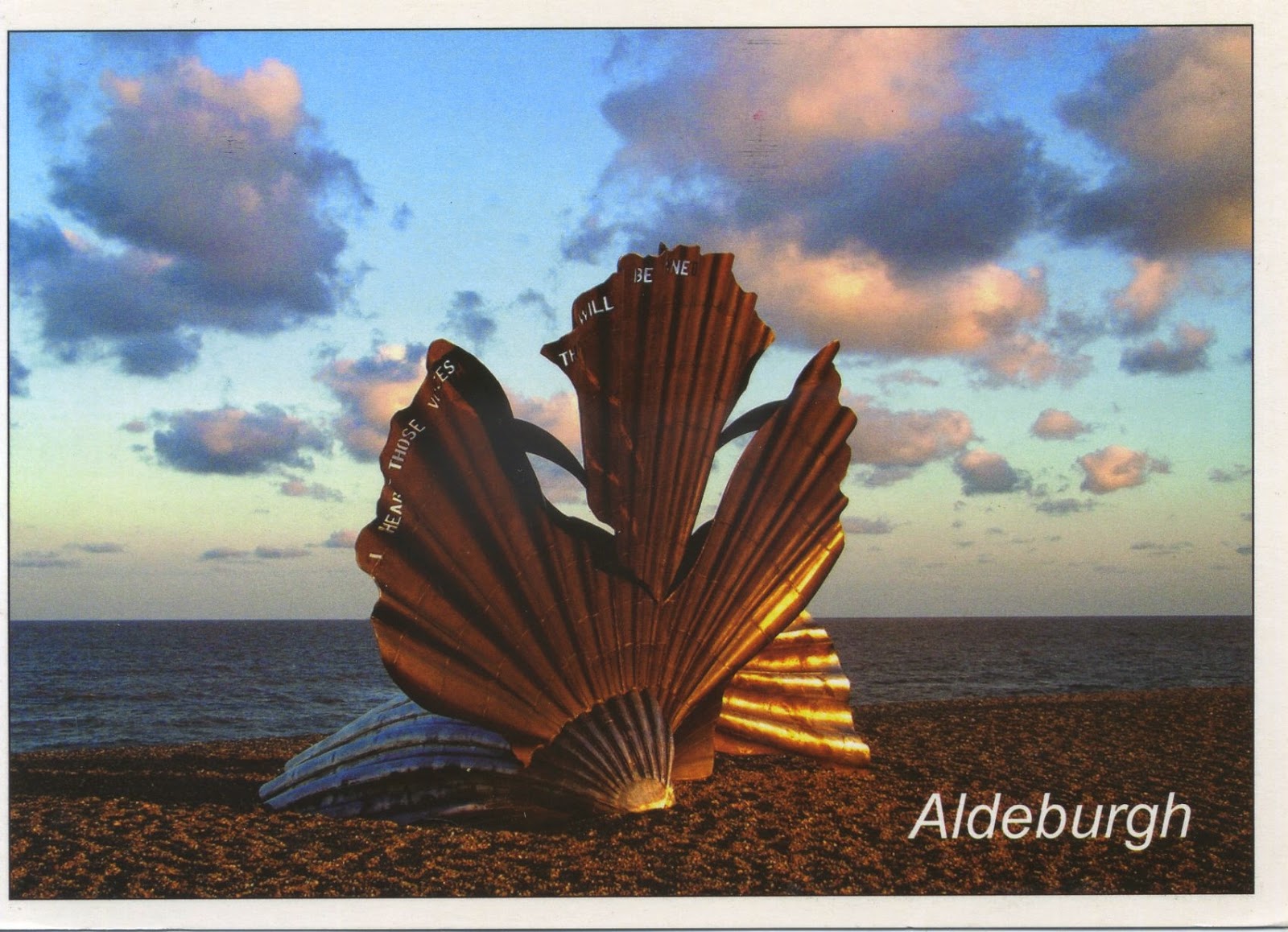 Miriam sent this card of her own work.  Isn't it amazing?  You can find Miriam at miriamrogers.co.uk. 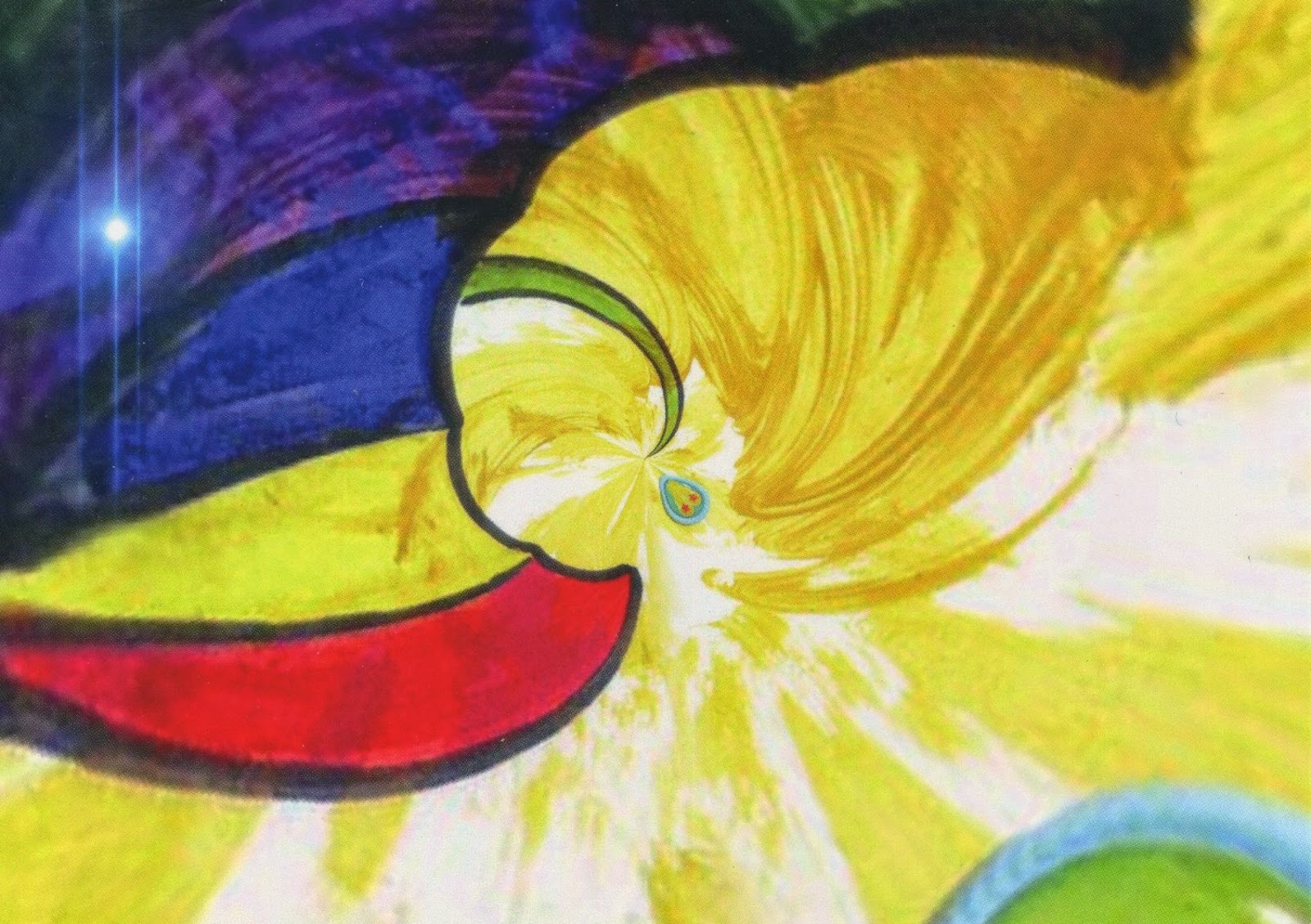 This card from Elgin made me laugh.  I've been going to the Elgin area a few times a year for the last twenty years because my sister lived up there (yes, she who has just emigrated).  My nephew was at school with Jo's eldest son and at one point my sister lived just around the corner from her.  Jo blogs at Captured on Film. 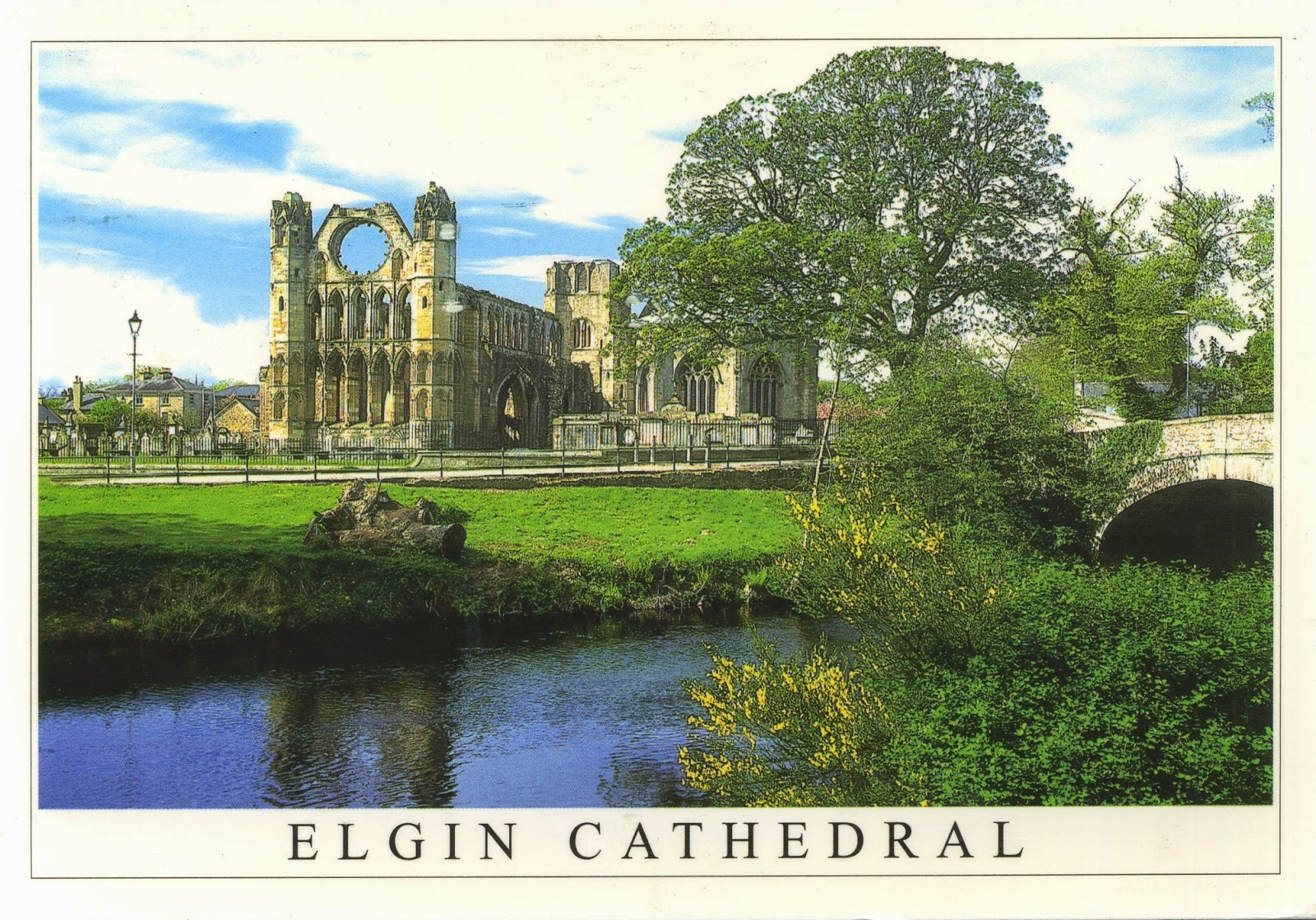 My final postcard came from Fiona and I'm pretty sure its the same Fiona who blogs at Staring at the Sea.  Another really cool image. 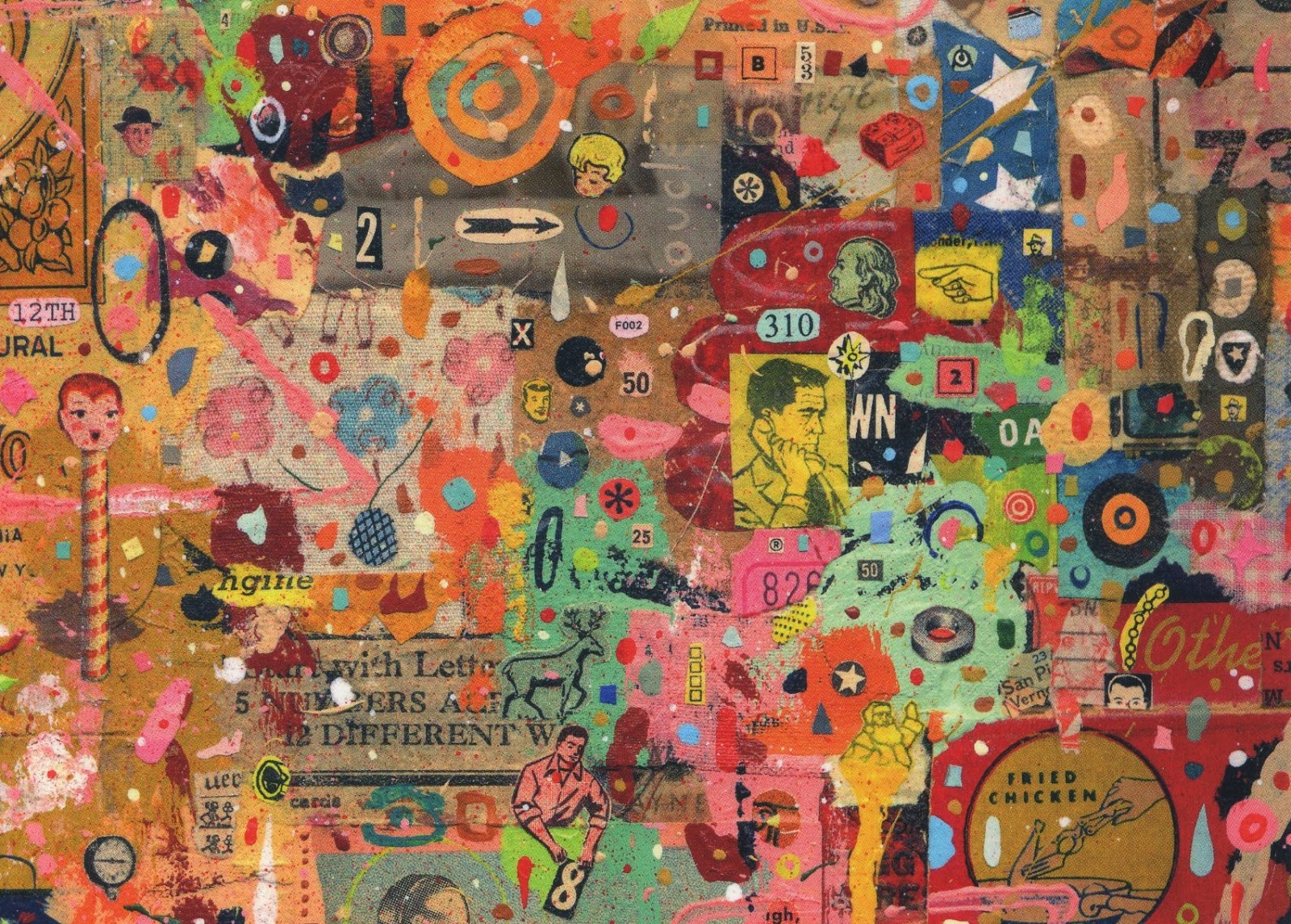 I sent four cards off around the UK, one to France and one to the US.  I know that two have been received, and I'm assuming the other four have turned up.  Note to self: next time put blog details on bottom of postcard.
Posted by Ruth at August 05, 2014

Lovely to see your cards! I've got five of six, so I'm going to wait a week or so, see if the last one turns up.

(As I was writing my cards, and reflecting on the ones I had received, I wrote my blog address on the bottom, and my postal address, because I wanted to contact someone who sent me a card, but didn't know where they were from!)

First of all, thank you for the card from Paris which has just arrived here :)

It's been a lot of fun spotting the cards arrive..I almost feel like they have all been popping through my letterbox too. As good as Christmas!

The post card that arrived for me today made me laugh! Thanks TBC x

I laughed too when I saw your name. I discovered there aren't actually many places to buy postcards from in Elgin itself - Yeadons bookshop came up trumps though. I really wanted one of Lossie beach for you as I know it is one of your favourites.