More Alike Than I Knew

I first discovered Smythson, a beautiful stationers on Bond Street in London's
West End during a weekend break in the city with Mum in early 1995.
It's been a favourite store ever since.
When I moved to London in 1997, I bought a Smythson's hardback note book for Mum.
Last week, I saw it on her bedside table and had a look inside. 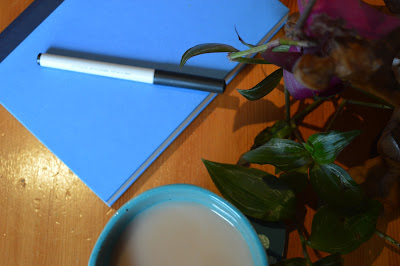 She'd written in perhaps a third of the book.
Nothing out of the ordinary.
Jottings, you might call them,
of things that caught her eye or made her think.
But sight of them gave me quite a turn,
because I have a notebook from Smythson
for that exact same purpose. 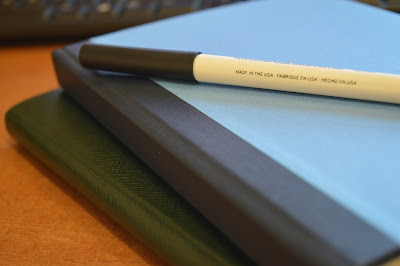 It would appear that I am my mother's daughter.
Posted by Ruth at March 02, 2016

It's always the smaller thigs that reveal the most.

p.s: I was touched to know you still found Month in Numbers useful even in recent difficult months. And, naturally, those are your private stories. X

Another treasure for you to discover.