We are not regulars at church.
The Brainy One, as a scientist, wants proof that God exists.
I was raised in the Church of England, somewhat haphazardly it could be said, but I do believe in God.
Today we attended Choral Matins at the invitation of our Chelsea Pensioner friend. 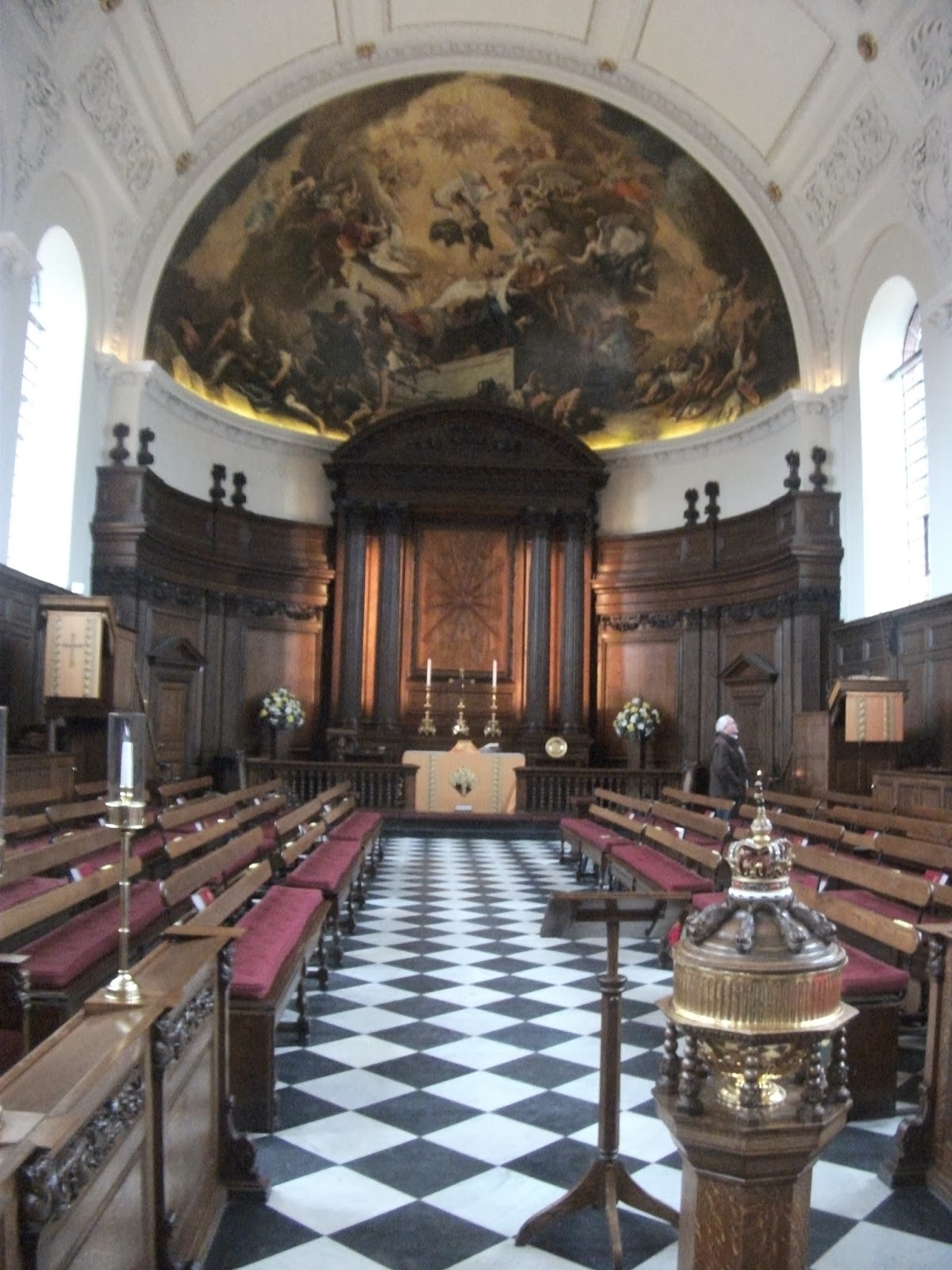 The Chapel at Chelsea was built by Sir Christopher Wren and boasts the only professional choir in London. From the beginning of March, the In-Pensioners parade before the service (there's only about a dozen of them and they parade by rota). 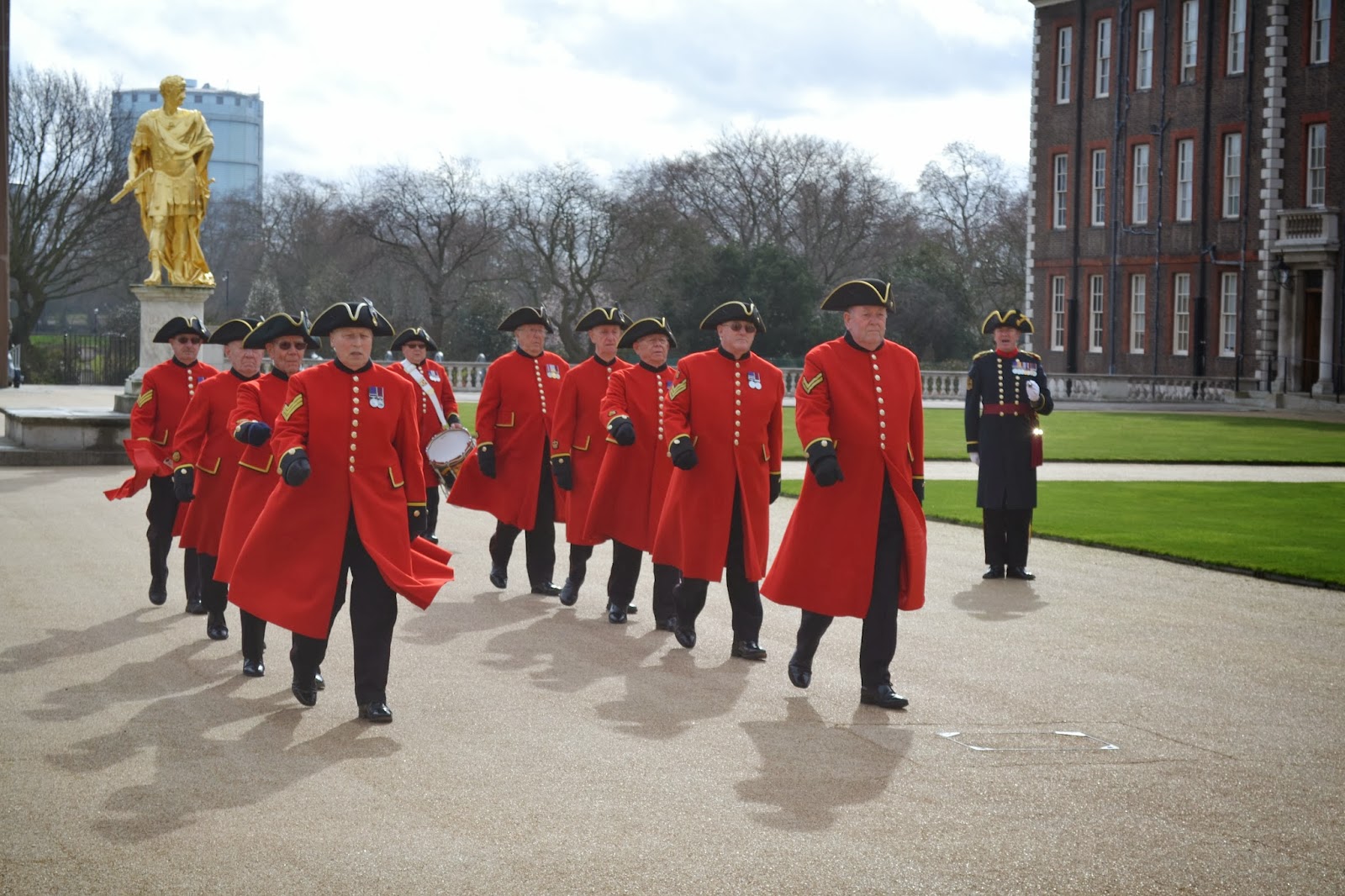 The service was incredibly lovely, but that's because the choir sang most of it (the clue was in the name, wasn't it?).  The Brainy One said it had the feel of a concert.  The Boy Child sat still very well and tried his best to sing along with the hymns.  He enjoyed the singing of the National Anthem at the end of the service and when asked if he had enjoyed it he replied, "I think I liked it."
What The Boy Child liked best was the pre-lunch drinks ... 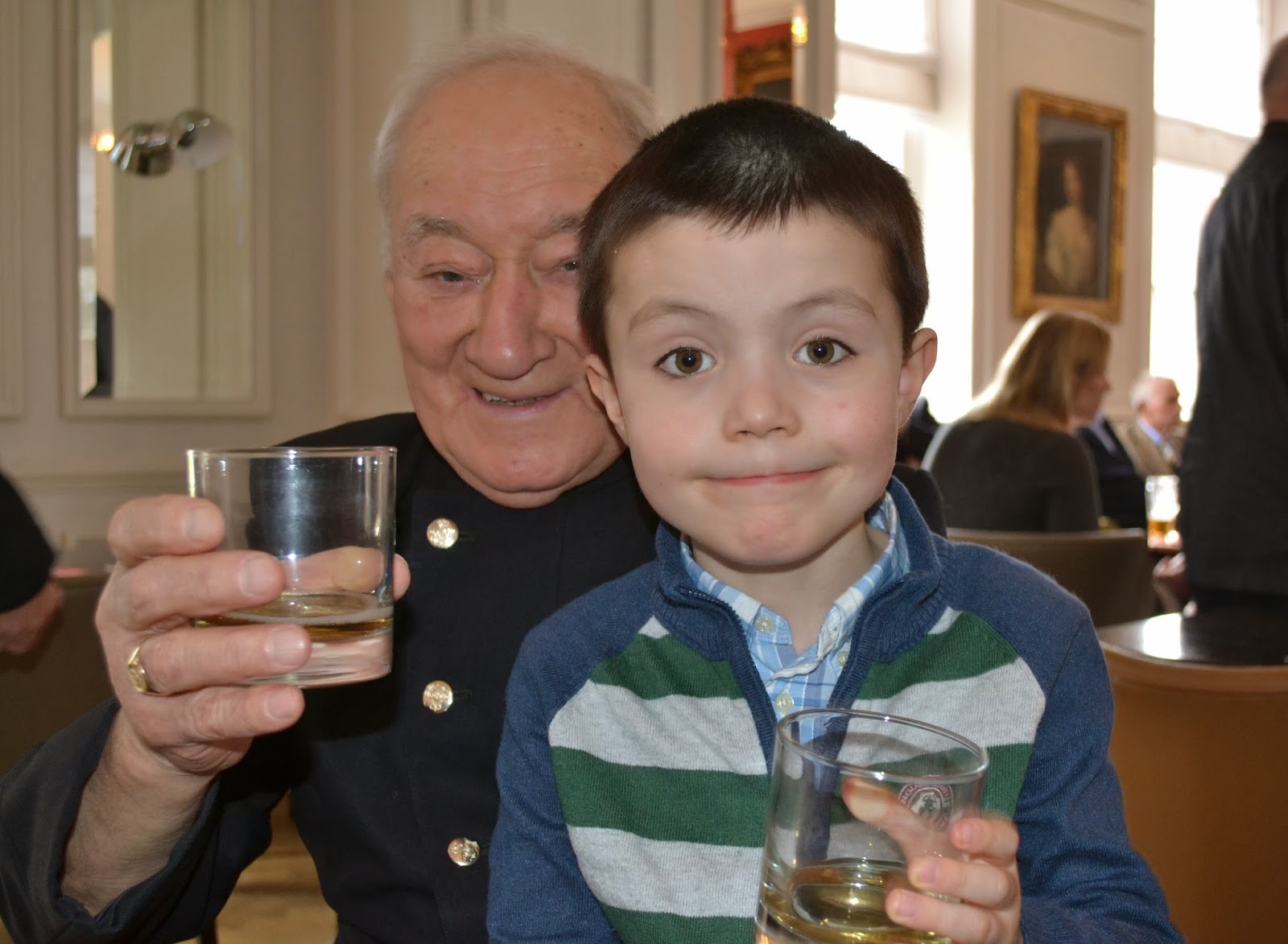 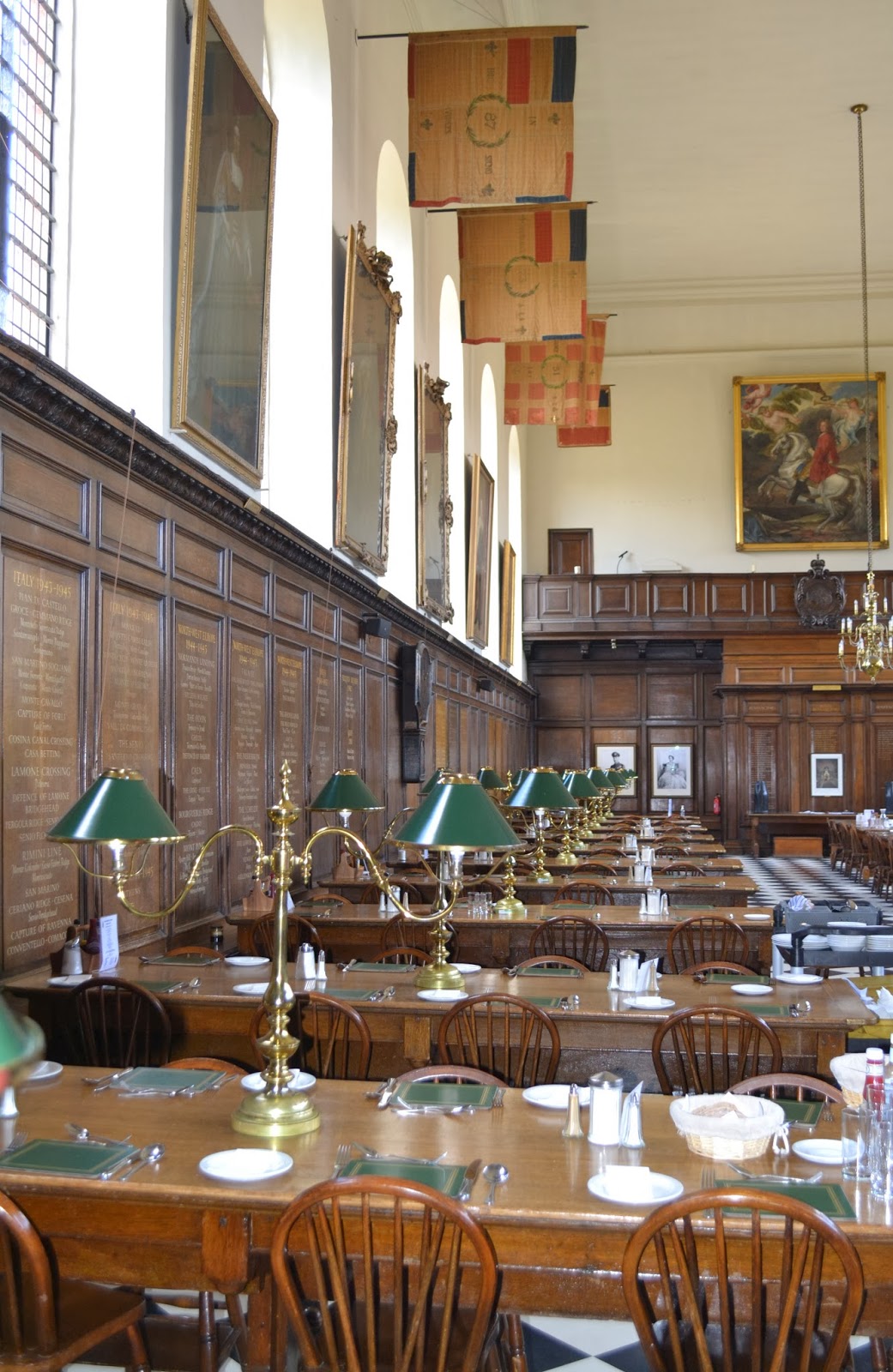 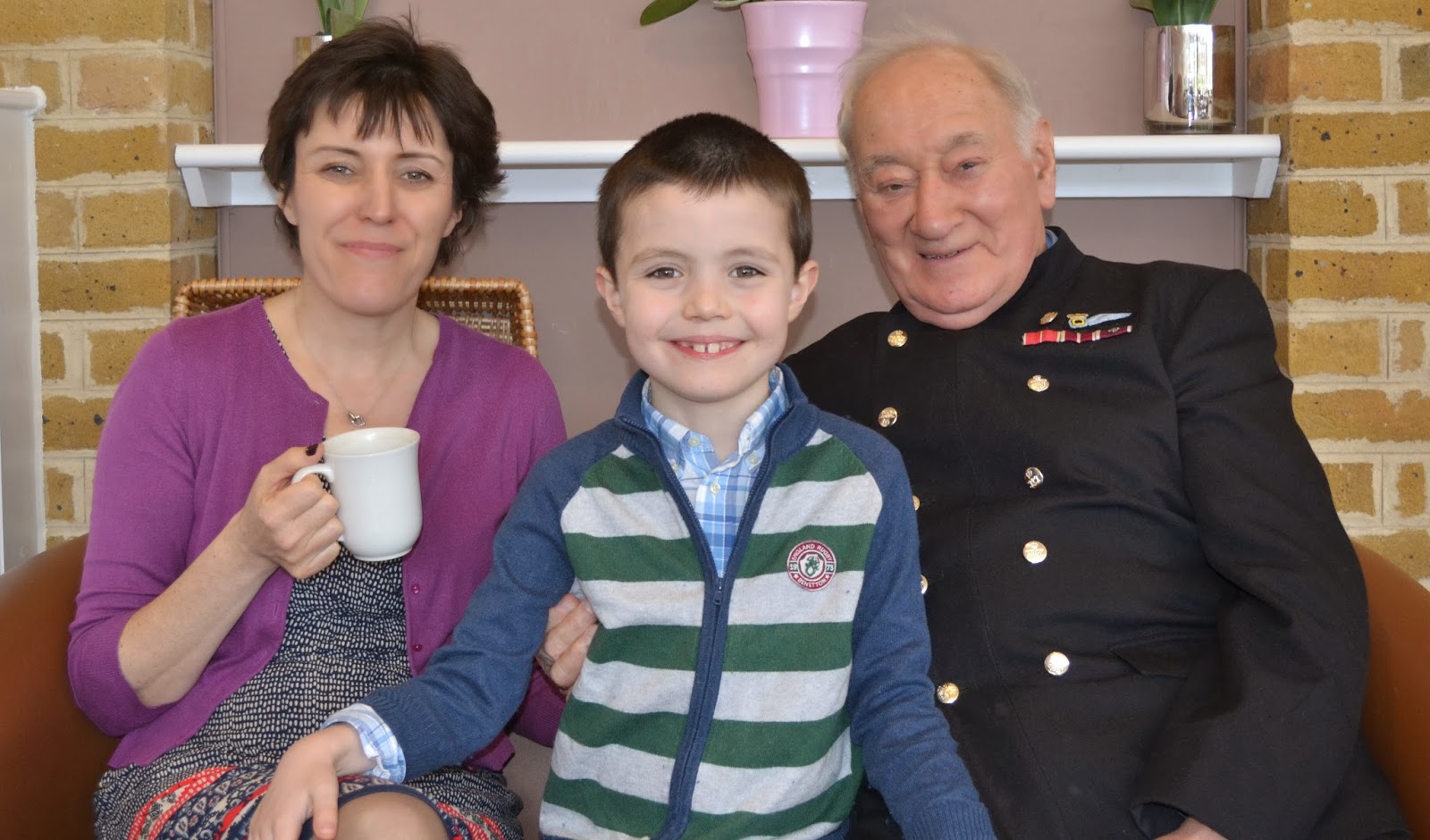 The Sunday service at Chelsea is open to everyone and I would recommend a visit, even if it is just to hear the choir.  You can find Chelsea's website here.
Posted by Ruth at March 02, 2014

How fabulous that you got to go to this service, Ruth! That gentleman is darling, and if he wants to adopt an orphanned American, I am up for grabs!

I call myself a Presbypalian. It's the Scottish thing in my family married to the English thing in Mr. Magpie's. though, I have deep English roots, too. My maiden name is very English.

glad you had a nice time. I love the British National Anthem, too!

A talking point for you all. The Brainy One told me all about it when we spoke on the phone. I loved TBC's comment!

Regardless of theology - it sounds like a great experience!

Gorgeous architecture, music, drinks and two bowls of jelly? What more could you want! :)

This looks like a splendid experience, from many points of view! Super photos ...

I bet it was a lovely service and well worth attending. At least you'll be able to say you've done it now xx