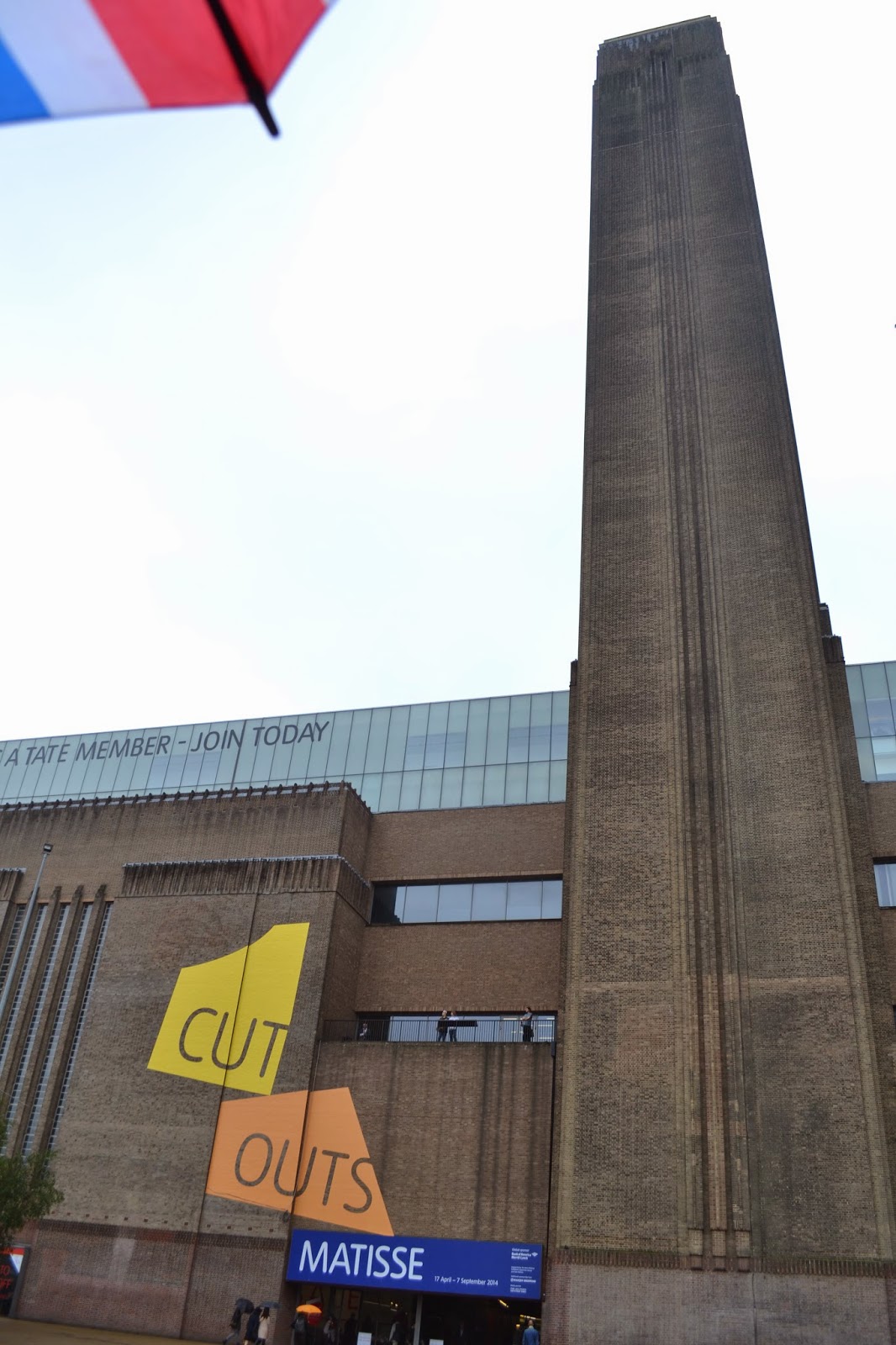 To Tate Modern, to be exact, and the exhibition of Matisse | The Cut Outs. 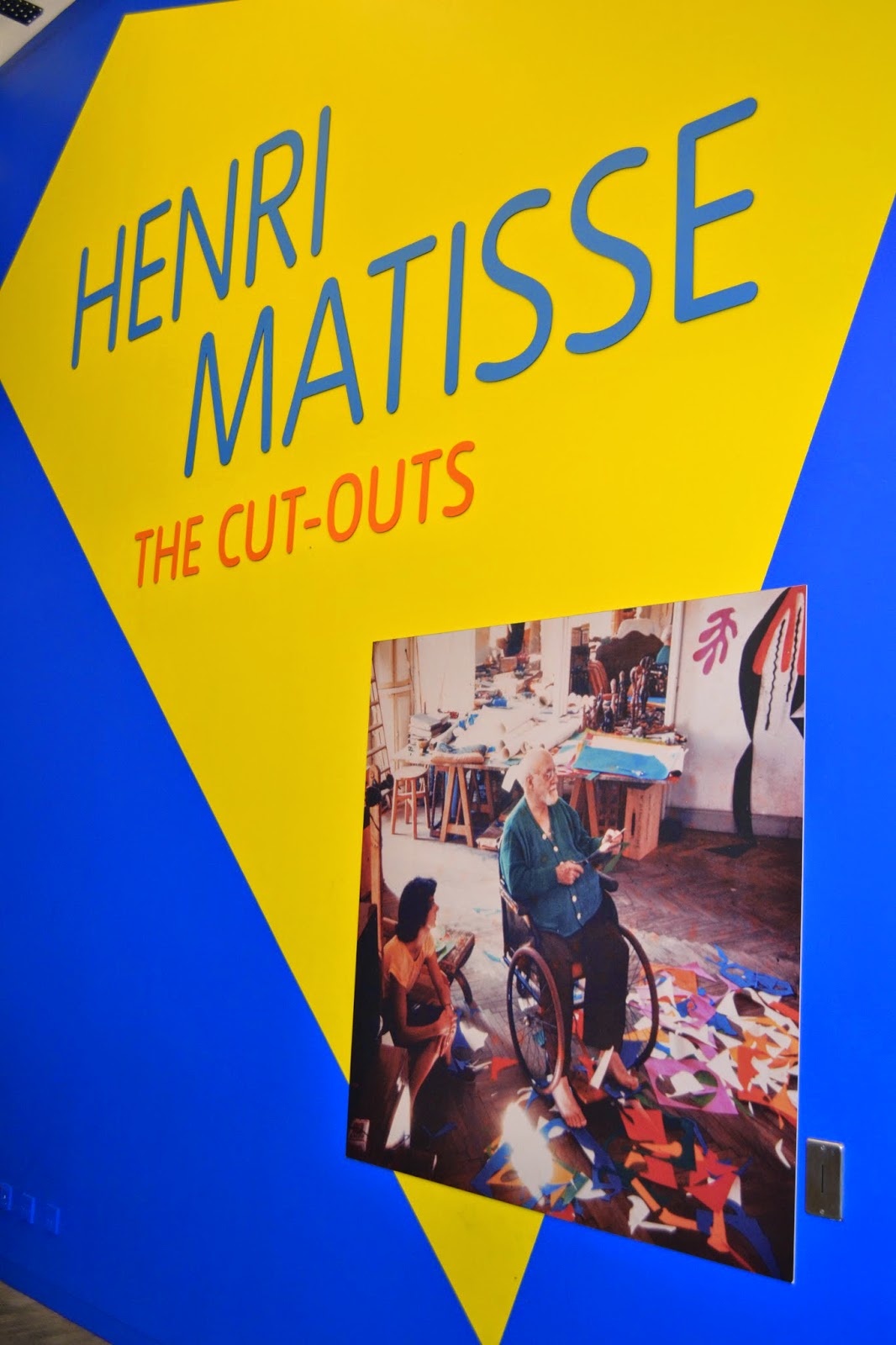 Where there was no photography allowed.
Hmmm, haven't we heard that before?
I'd like a wall in my house to look like this one. 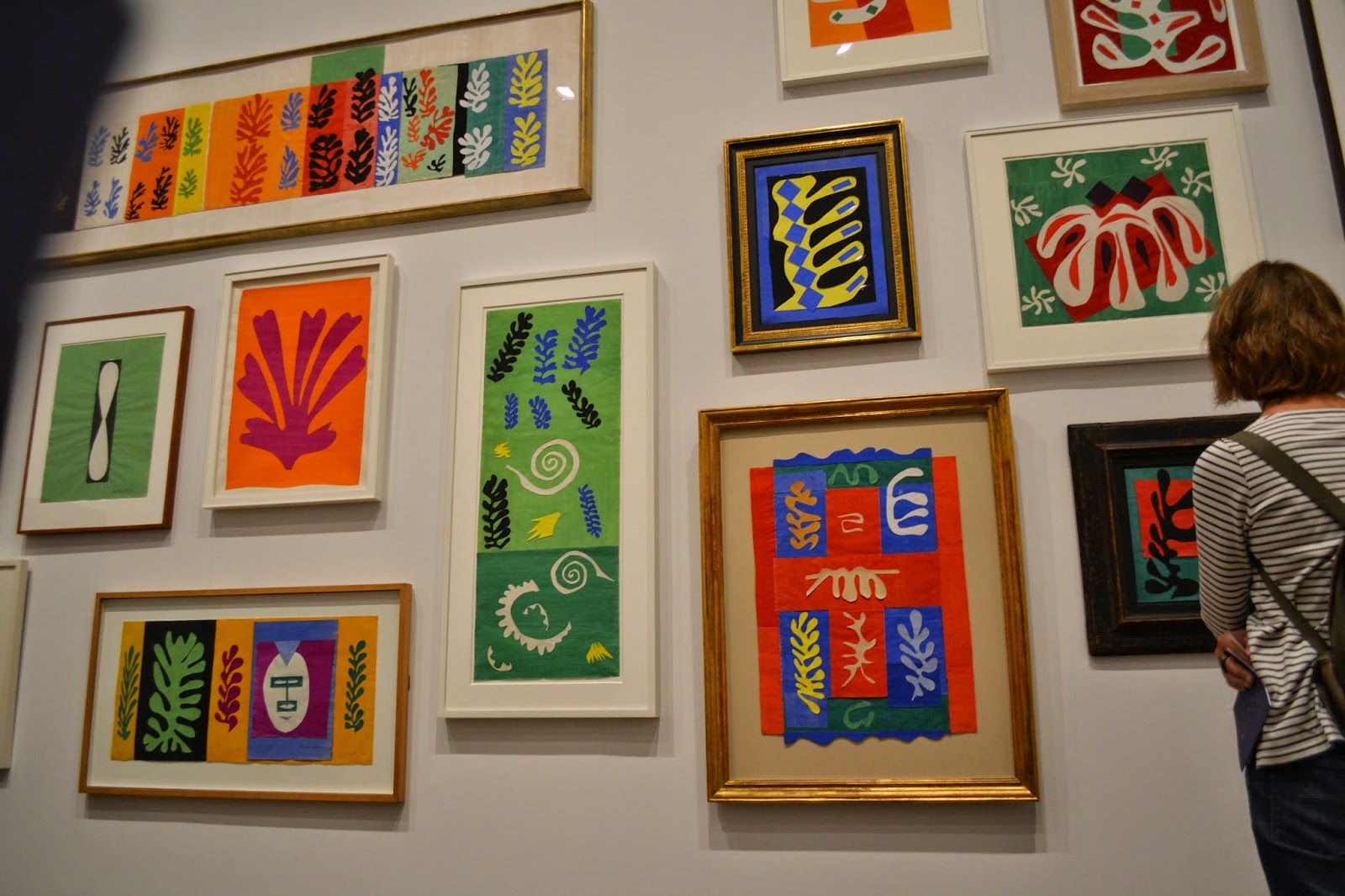 And how's this for adding umpf to terribly drab and deary wallpaper? 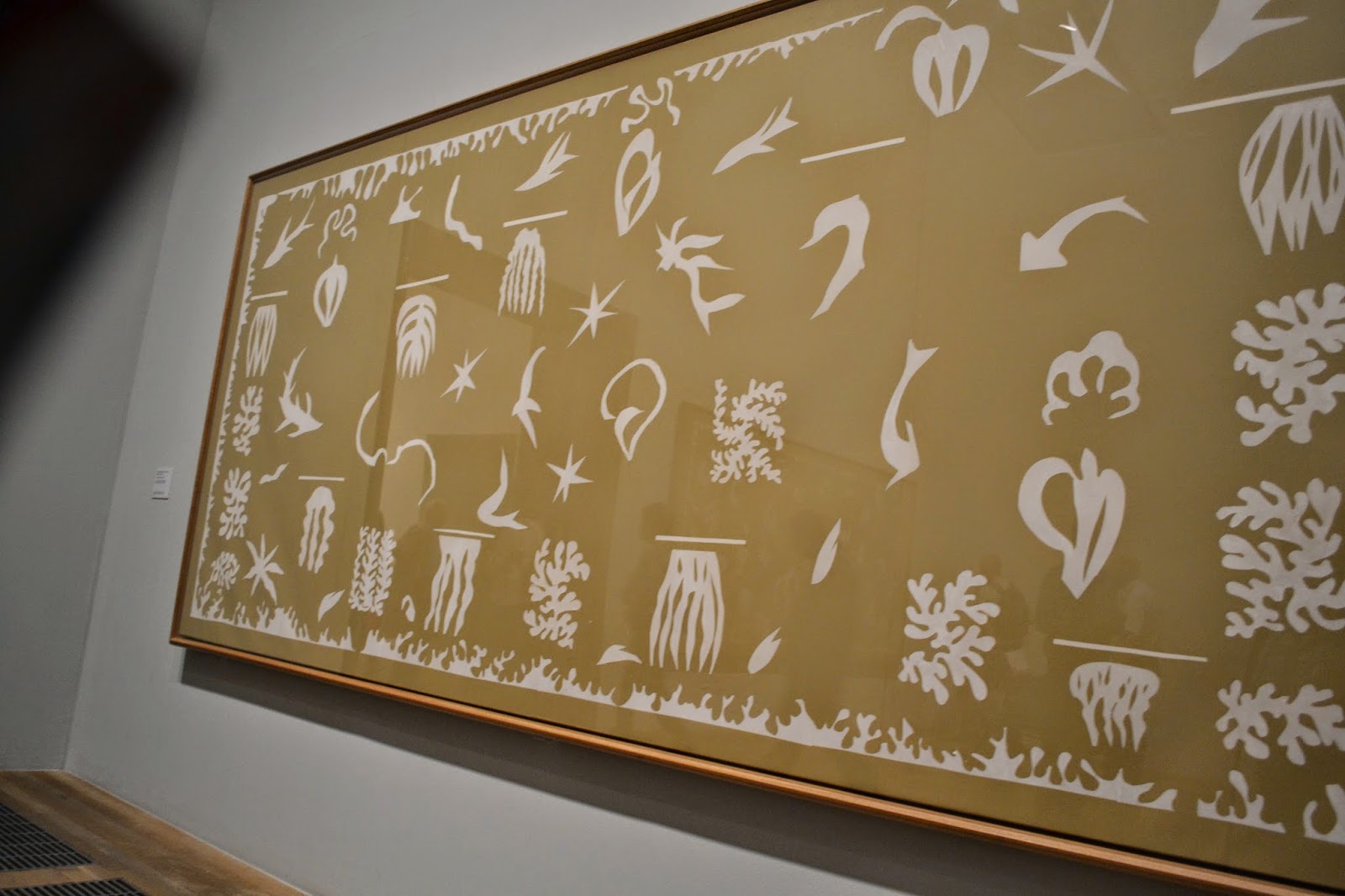 The Blue Nude; probably one of the more well-known cut-outs 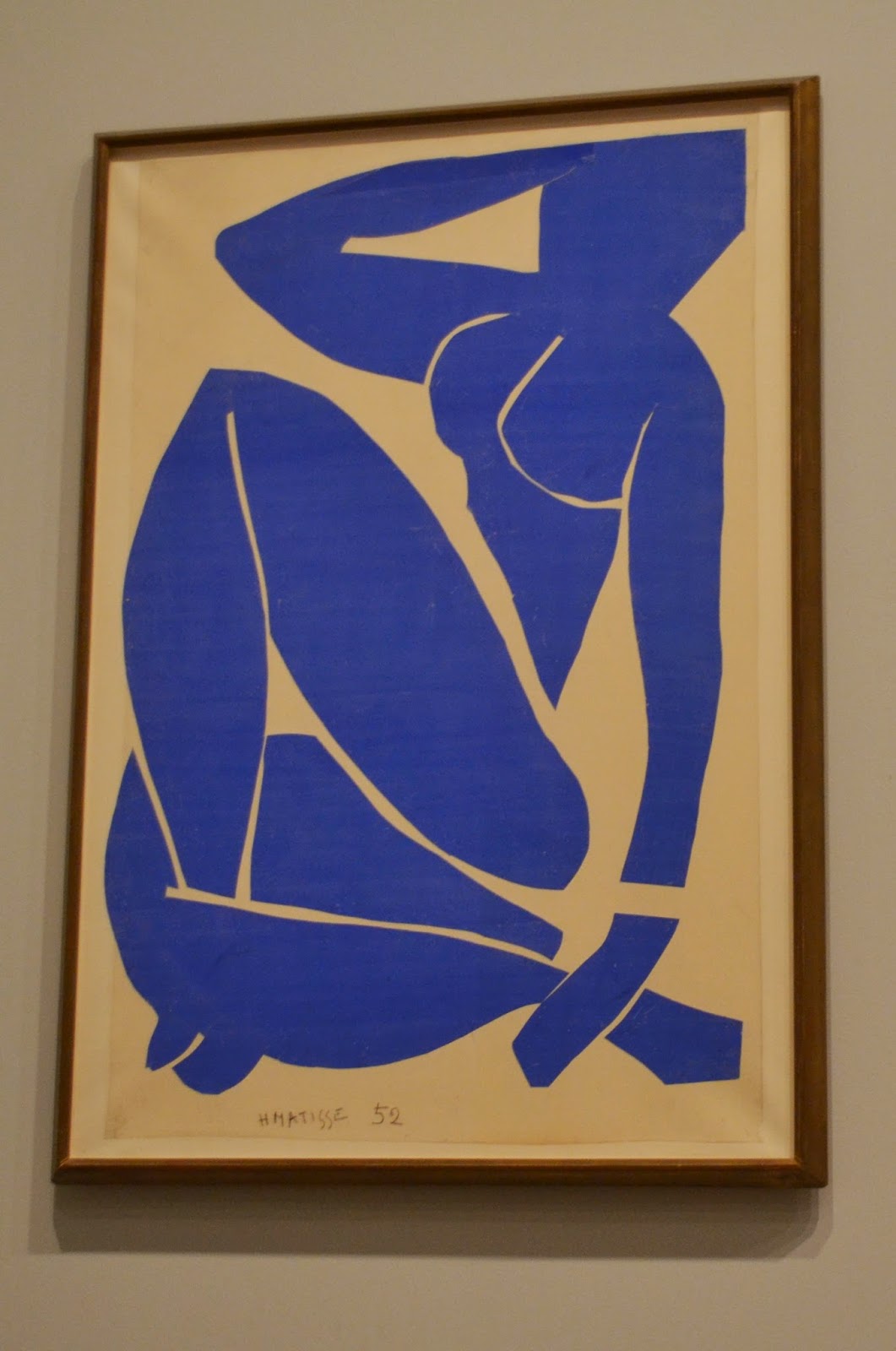 I reckon this would look lovely hanging over my fireplace 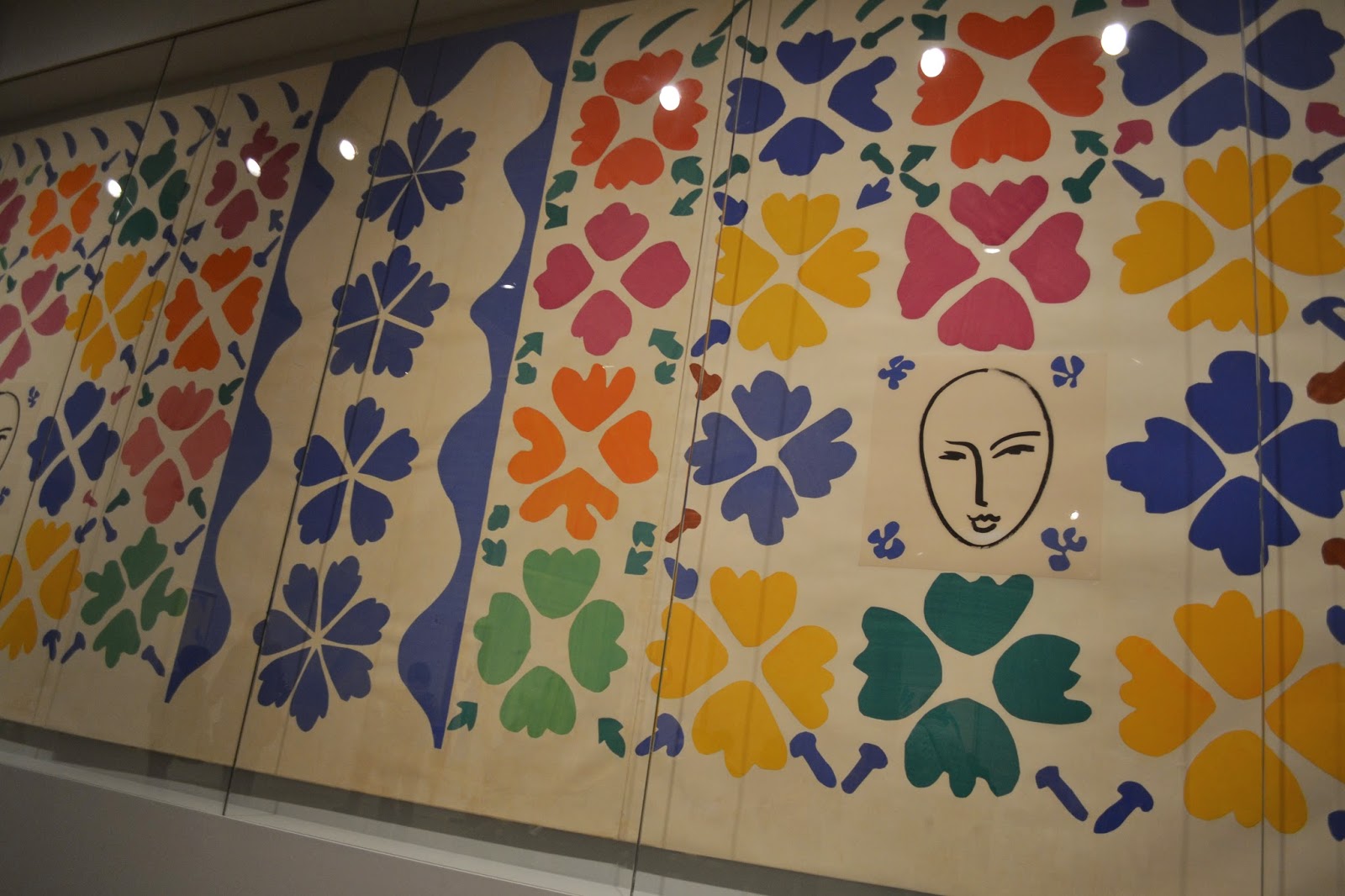 Tate Modern does a good lunch ... 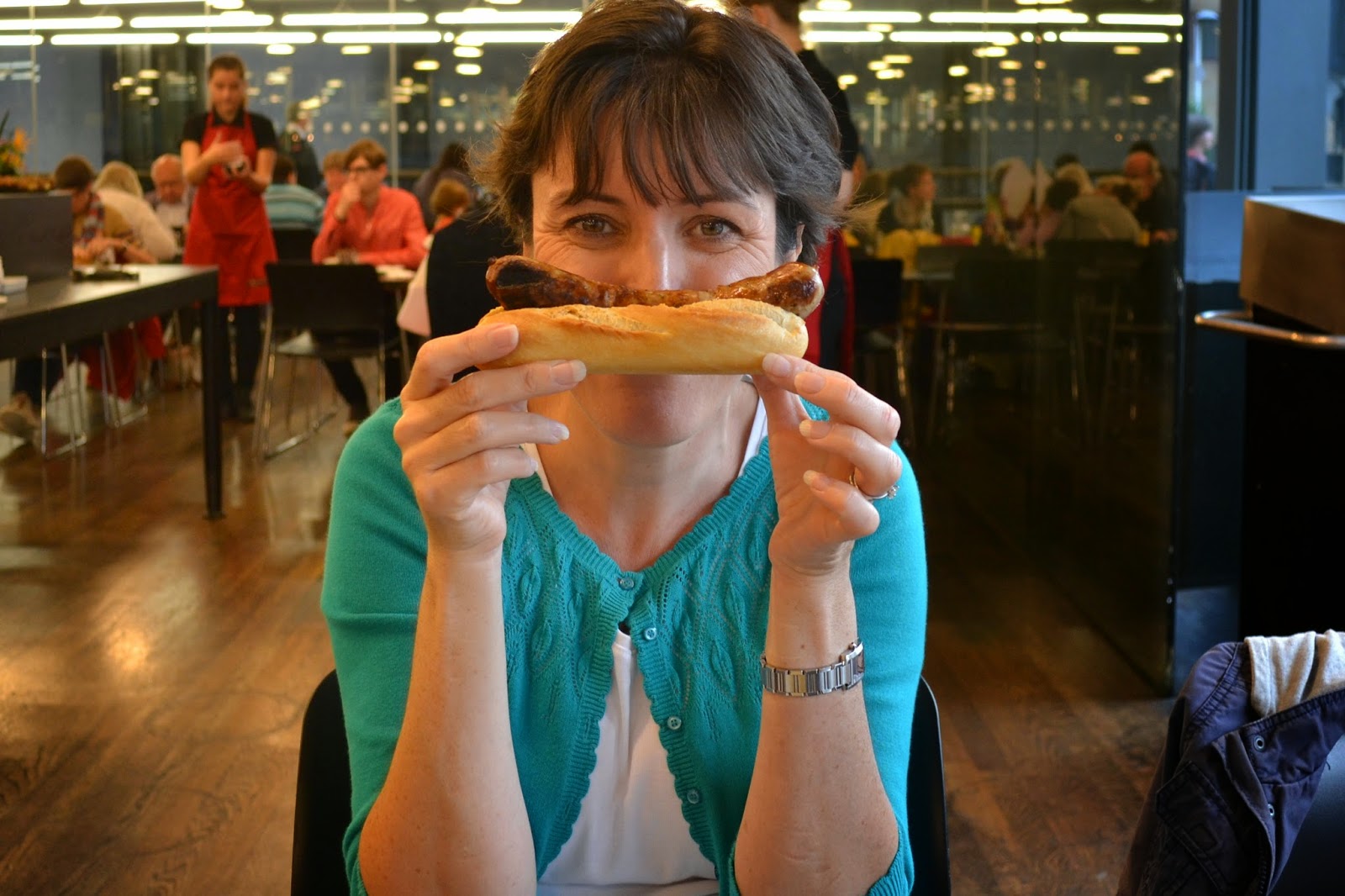 Pity the weather was so rubbish.  Hello, September. 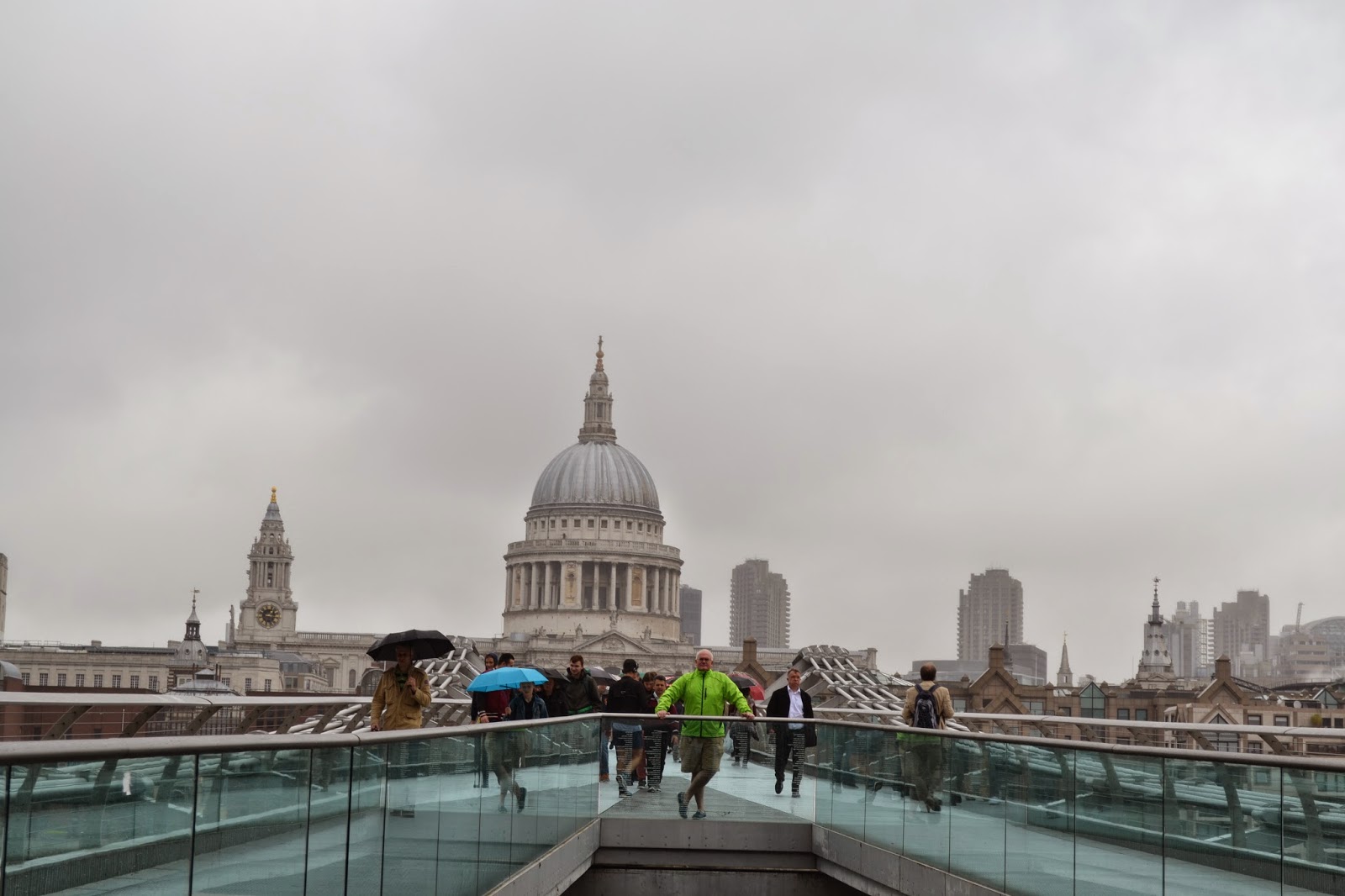 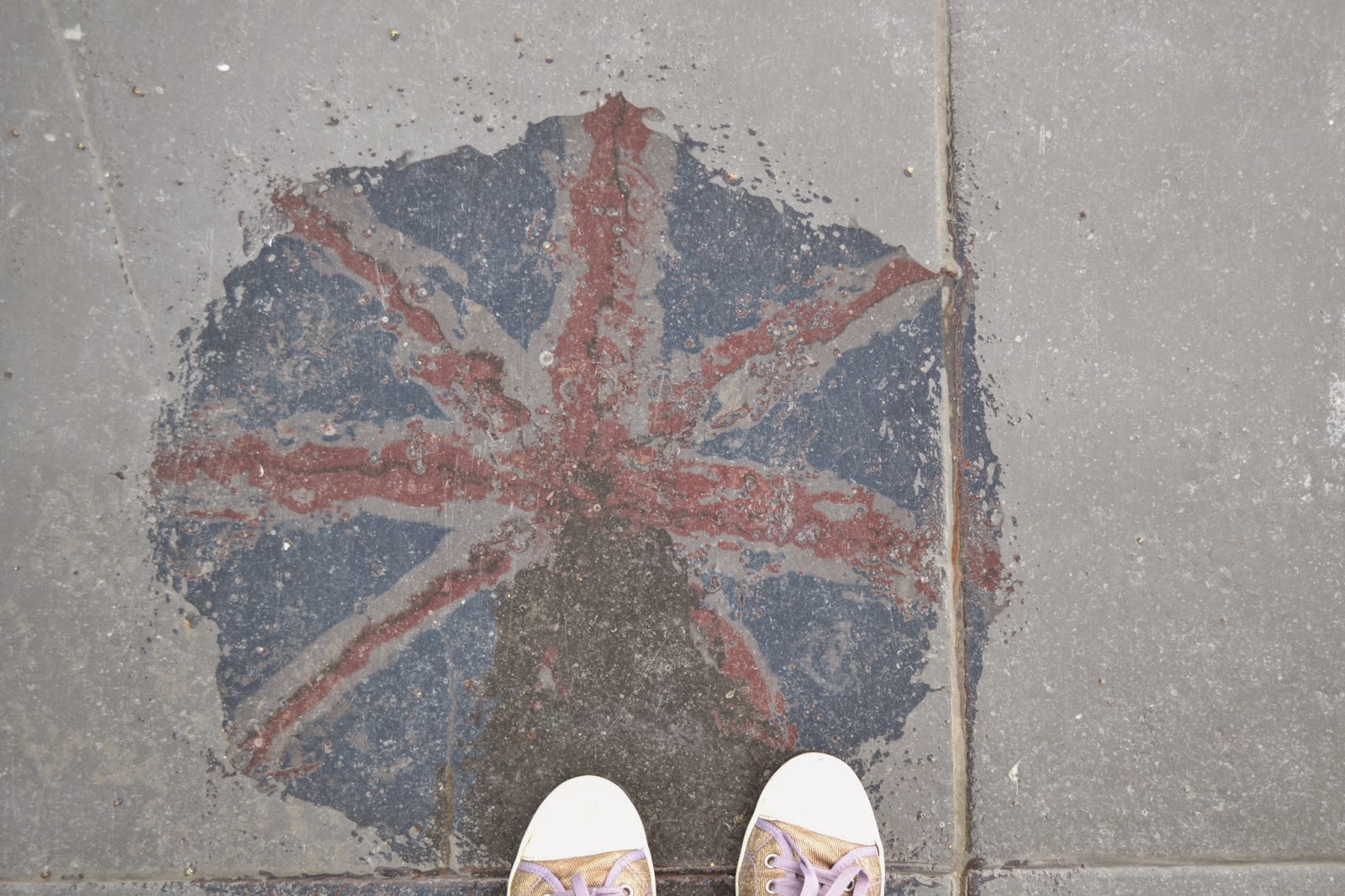 Warming up in a globally known chain of coffee shops was called for before heading home. 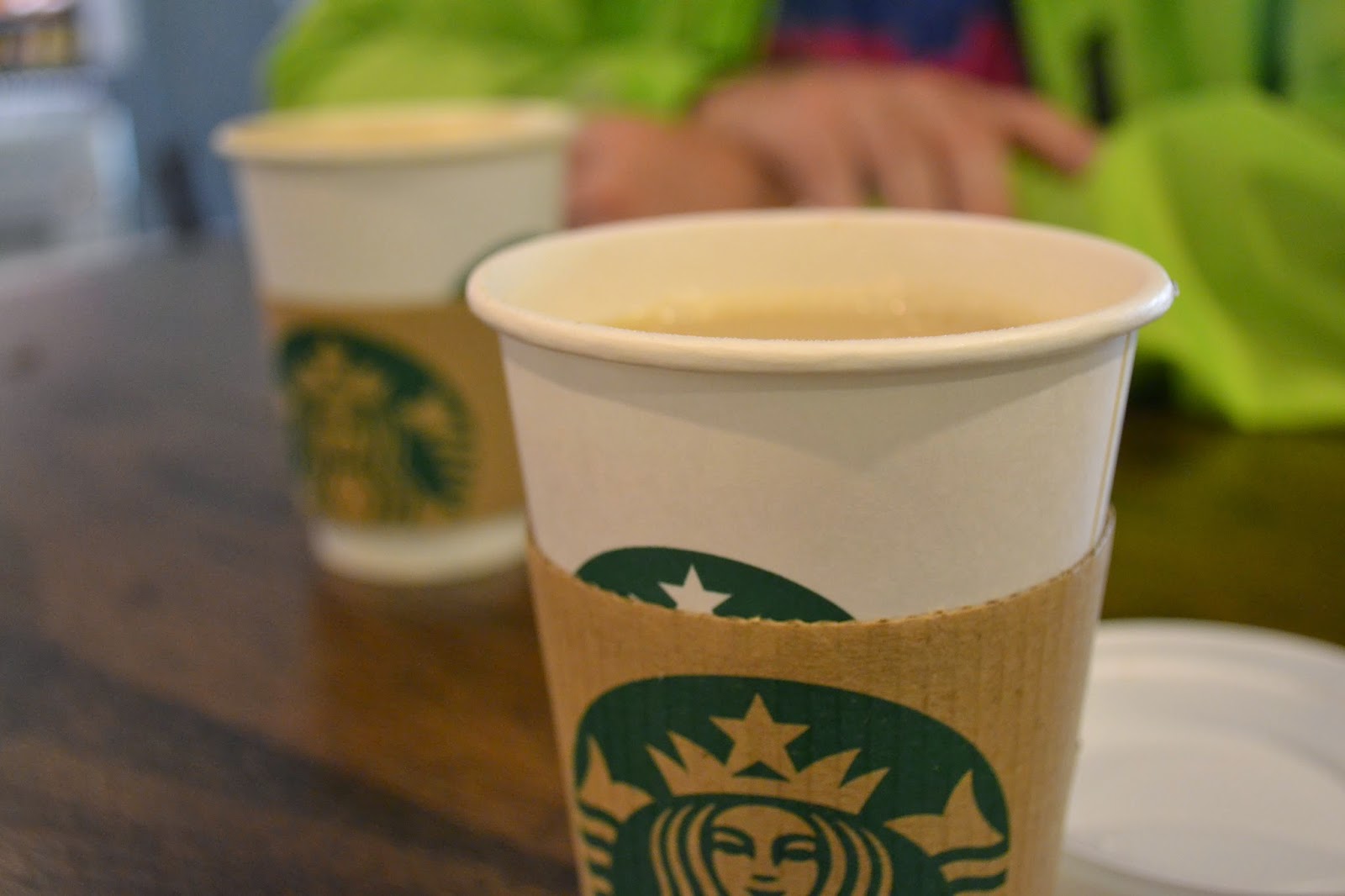 So, Matisse | The Cut Outs.
Here's what I thought.
Paper, scissors (more like shears) and a large sheet of paper or canvas.
Scrapbooking by any other name.
And that's no bad thing.

Hey, well done for surviving the trip south of the river, it's really not that bad.
The scrapbooking art looks great.
Joy x x

It's good to know that we are following in such artistic footsteps. perhaps one day there will be an exhibition of our pages although somehow I don't think they will be valued quite as highly by anyone outside our families... but even Matisse had to start somewhere

I read about this in the paper a couple of weeks ago and I thought the same thing. Can't beat a bit of cutting out..

I adore Matisse. Lucky girl, you!