Things He Says | The Say It How He Sees It Edition 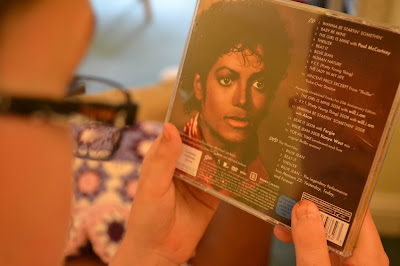 "Mum, did you know that Michael Jackson was brown
when he was young and that he turned into an ugly white lady?"

The directness that comes with autism can be a challenge.
I know that he isn't being deliberately rude, but other people don't.
He doesn't understand social mores
and he has yet to work out he might
need to think before he gives a voice
to his thoughts.
And to be frank, it's exhausting explaining why he says some of the things he says.

Email ThisBlogThis!Share to TwitterShare to FacebookShare to Pinterest
Labels: Autism, Things He Says

But, but he is also a little boy who is secure in his world because he is loved so he can say things that make us cringe. It's what kids do, he just says it louder sometimes. Trust me it is what kids do, my cousin when age seven turned to her mother on the bus as they passed a church wedding, and said in ringing tones "Mam, when are you and our Dad gonna get married?"
My aunt and my cousin left the bus at the next stop and walked home. Even though she was mortally embarrassed Aunty could not help telling the tale to her sisters and it became a family legend. That's what ALL kids do, you expect it because of the autism but it really isn't as unusual as your stressed mind thinks. As for what he said, well, he's not wrong is he? Actually I think it is a pretty accurate description looking at it from his age. Put it in the book of what he says and cherish it.
You are such an amazing Mum and even when you think you are floundering in the dark you are doing so much better than many others.

Fiona@Staring at the Sea said...

This does get better.

Ladkyis is right! How many of us have had to have some quick thinking when a little innocent voice says loudly 'Mum, why is that lady so fat?'. I have to say I've also noticed it in my 88 year old mother in law - she cannot keep her opinions to herself! And being hard of hearing, those opinions are now said in a VERY loud voice!
As for MJ - well, I can see why he said it!

I agree with ladkyis I've been in very awkward positions with my two who don't have autism I won't go into detail here but burger king holds bad memories lol also debs14 also has a point! :-)