London Through My Lens | Bayswater

Bayswater is one of those bits of London that no-one is exactly sure where it is.
You'll find it between Lancaster Gate and Marble Arch. 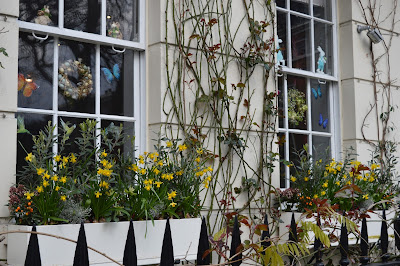 It makes up part of the Hyde Park Estate and there's no denying
that it's an expensive part of town. 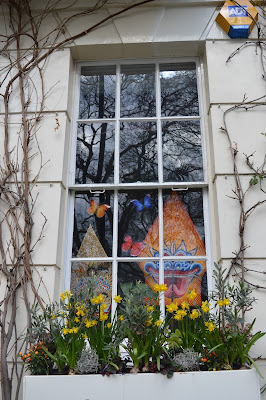 Lots of properties are owned by people who live elsewhere for the biggest part of the year,
which can make the streets feel empty and neglected.  But those locals who live here all year
do their best with what limited outside space they have. 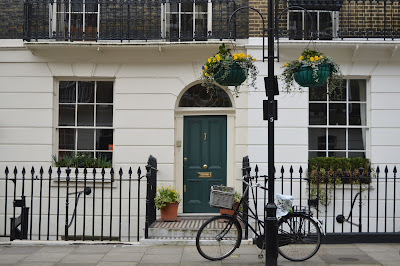 The City of Westminster does its best as well.
We don't have hanging baskets on the street lamps out in the suburbs. 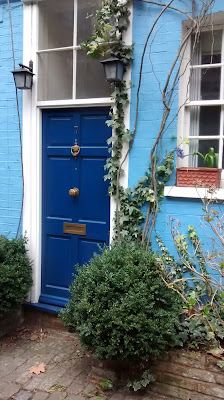 A former Prime Minister lives here, and his house is easy to spot
by the number of heavily-armed police officers outside the property. 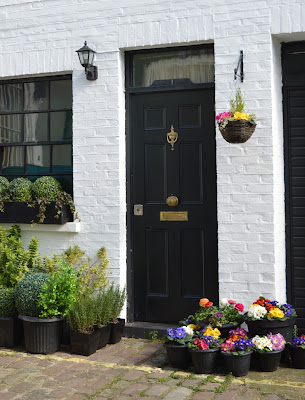 The TV presenter Claudia Winkleman also lives locally, but there was no sign of her.
Which was a shame, as I'd have quite fancied a chat.
Posted by Ruth at March 24, 2016

Claudia's front does look inviting & welcoming as does the 2nd photo - like those hanging baskets.

TNSSO is a huge Claudia fan..started when she had a fringe to rival Claudia's many years ago. She would be happy to join you in tracking her down for a chat