Even though the lovely Sian has begun her Summer blog break,
I'm still planning on boring letting you know what sort of things
have made it into my Monday roundup of recent happenings. 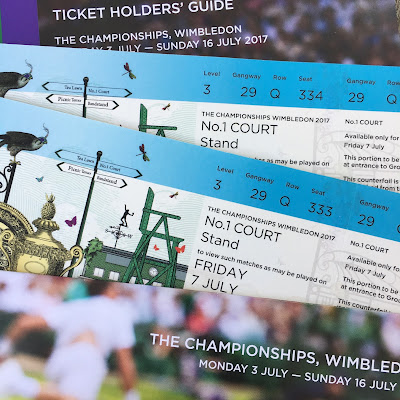 The most exciting thing in months to land on the doormat
has been our tickets for Wimbledon.
We came up in the Ballot and secured 2 seats on No. 1 Court for
the first Friday of the Championships.
Super excited!
This year, we entered the public ballot for only the second time
and were surprised to be successful.
Back in 2006, we'd scored 2 seats for the first Friday on Centre Court
at our first attempt, and as neither of us are particularly successful in raffles and the like,
it's must be a case of "you've got to be in it to win it". 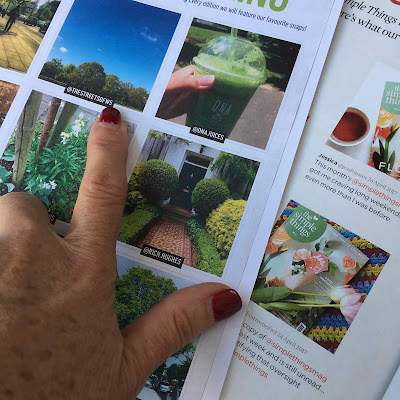 I can also now reveal that two of my Instagram photos
have been picked up by magazines, one national and one local,
which I'm pretty chuffed about.
If only I could turn them into paying commissions ...
As for the weekend,
The Boy Child and I attended Autism | Early Birds at the Science Museum,
where you can see from my extremely amateurish video, he had a great time.
I can't praise both the Science Museum and, latterly, the National History Museum
enough for putting on these events.
The Boy Child really enjoys them and I/we get to relax a little in a setting
where both the staff and other families completely understand
the unwanted presence of autism in our lives.
That we get up earlier on these Saturdays than we do during the week is by the by ...

I do hope that you get to see some great tennis! It's such a great atmosphere just being there isn't it? I wonder who will be on that court?
You must be so proud to see your photos turn up in other publications - well done! I love that magazine, and they clearly have very good taste ;-)
For some reason I can't see your video, but I think it's a great idea to have the Early Birds system. Well worth setting the alarm for!

Just to let you know that, yes, I am still reading all the blogs Sian flagged up for her Monday Memos during her holiday break.
Those museum days sound wonderful, how I wish there been something like that when my autistic son was younger - mind you, he's 32 now and would still probably enjoy them! I also couldn't see the video but the descriptions were enough. I am so glad things have moved on somewhat since my boy was small, it might have made our lives a little easier.

I am also continuing with my Monday check in. Yours are never boring & I always look forward to an update. Lucky you with the tennis tickets & WOW congratulations on being published. Your photos deserve this recognition.

PS - glad you are going to be photo hunting with us!